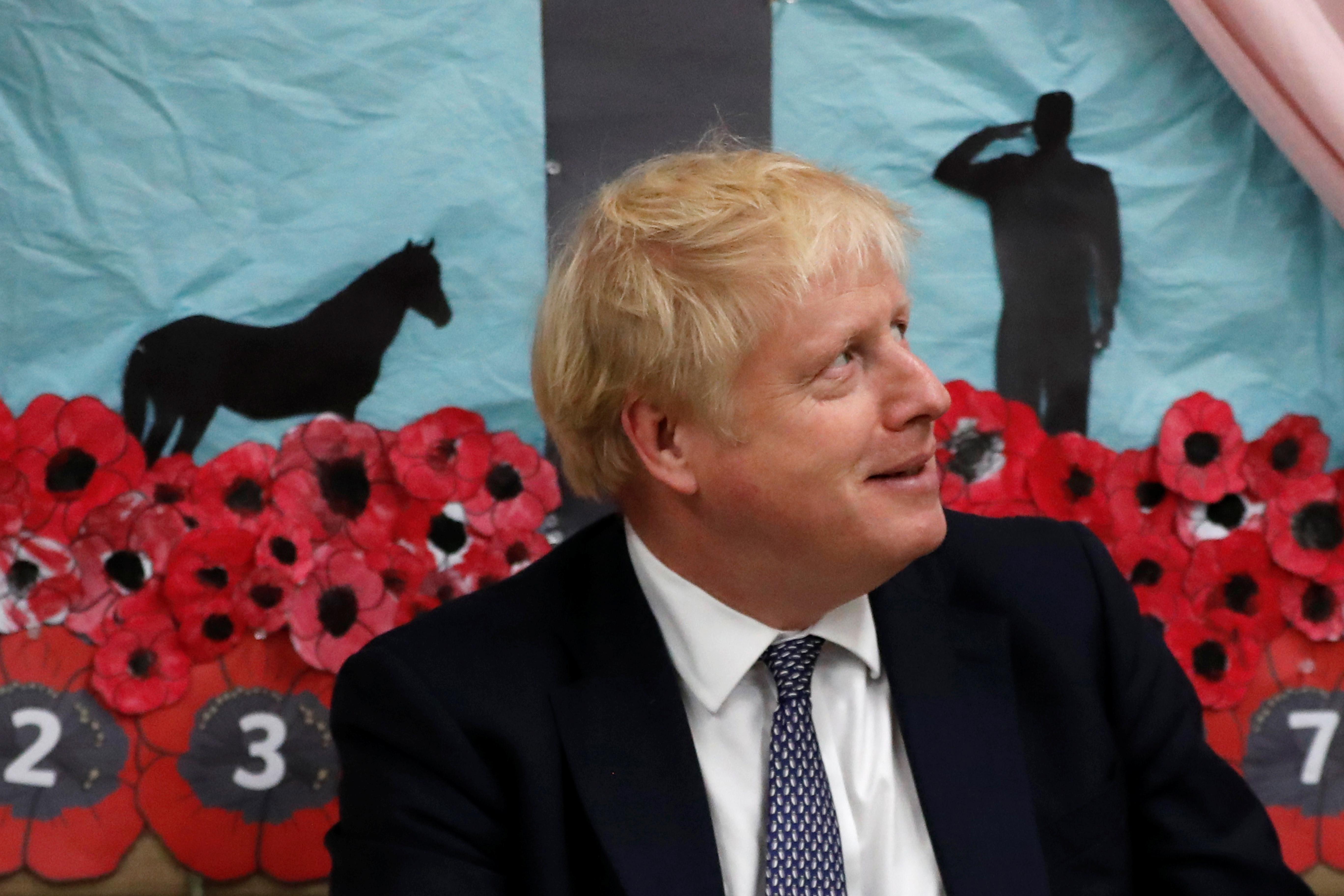 LONDON (Reuters) – Prime Minister Boris Johnson has promised to increase Britain’s target for offshore wind power and ensure no home is more than 30 miles (48 km) away from a electric vehicle charging point in an attempt to woo green voters ahead of a Dec. 12 election.

Environmental issues have become a policy battle ground for the election, with thousands protesting this year across the country for tougher climate goals alongside the Extinction Rebellion and school strikes by children raising awareness.

The policy plan, announced late on Wednesday, said Britain should raise its target for offshore wind power to 40 gigawatts (GW) by 2030, up from the current 30 GW target and also invest 500 million pounds ($640 million) in electric vehicle charging points.

Some 800 million pounds would also be invested in technology to capture and store carbon dioxide to help industrial sectors reduce emissions and meet Britain’s target of reaching net zero emissions by 2050, the document said.

Green groups welcomed the pledge but said more detailed policies are needed for the net zero target to be met.

“To set us on track to meeting the net zero target, renewable generation needs to be tripled between now and 2030. So we will still need even more offshore and onshore wind and solar to plug the gap,” said John Sauven, executive director at Greenpeace UK.

The main opposition Labour Party has also vowed to create a green industrial revolution if it wins power. Under its plans offshore wind capacity would also increase, with the government owning stakes in new projects.

Labour would also ramp up investment in electric vehicle charging and has proposed several other green measures including plans to cut emissions from the residential heating sector.