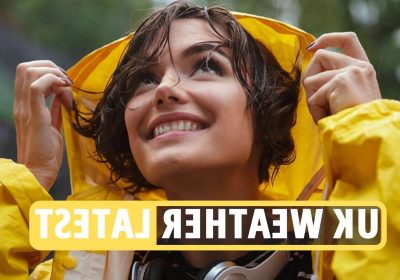 BRITS have been warned of a "washout" Bank Holiday Monday as the weather turns wet and wild.

Those hoping for another weekend in the sun can think again as they will be shivering in the rain rather than soaking up the rays amid an Arctic blast.

Temperatures will be just a chilly 12C on average, with many areas significantly lower.

There will be strong winds and heavy rain, with forecasters at The Weather Outlook warning of a "washout".