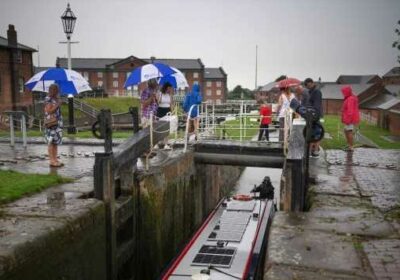 UK drought: Experts warn of 'flash flooding' with next rainfall

The UK faced drought warnings last Friday after the National Drought Group declared incidents in eight areas across England. The decision was made after Britain witnessed its driest summer since 1976.

According to the Met Office, approximately 357 millimetres of rain has fallen this year, the lowest level since 1976.

The figure is trailing behind the average rainfall for the first eight months of the year which usually sits at around 567millimetres.

Professor Hannah Cloke, a hydrologist at the University of Reading, said: “The ground is really dry and when it is so dry it acts a little bit like concrete and that water can’t get in so it drains straight off. It’s a drop in the ocean really.

“It is not soaking into the soil which is how we really need it. 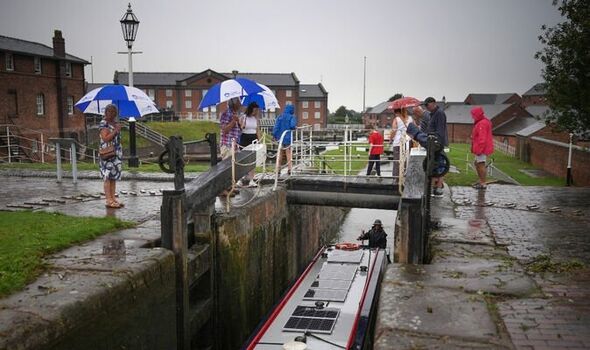 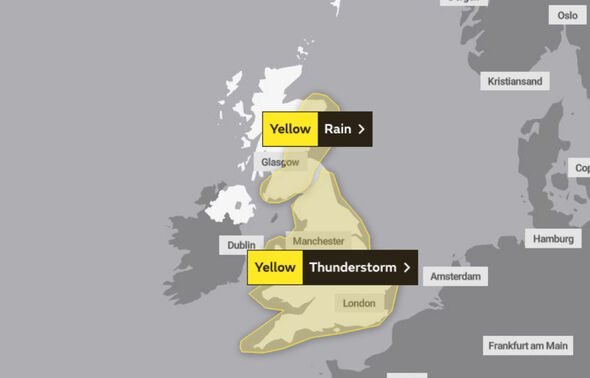 “We need it back into the system where it can be stored.

“We really need a long winter of rain to replenish this.”

England’s Environment Agency currently has 11 flood alerts in place, stretching from Bristol to Loughborough and Nottinghamshire to North Norfolk.

The Scottish Environment Protection Agency also has 15 additional alerts, covering a majority of flood areas north of the border. 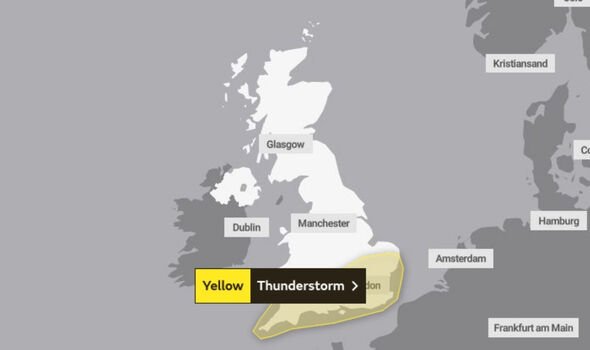 In an update, they said: “Heavy thundery showers could cause flooding impacts from surface water and small watercourses during Monday and overnight into Tuesday.”

The Met Office suggested Brits will continue to experience downpours on Tuesday, following a yellow thunderstorm alert on Monday.

Parts of Scotland, including Edinburgh, have also been issued with a yellow rain warning.

A third thunderstorm warning is in place for Wednesday but it is likely to only impact the south of England, according to the Met Office. 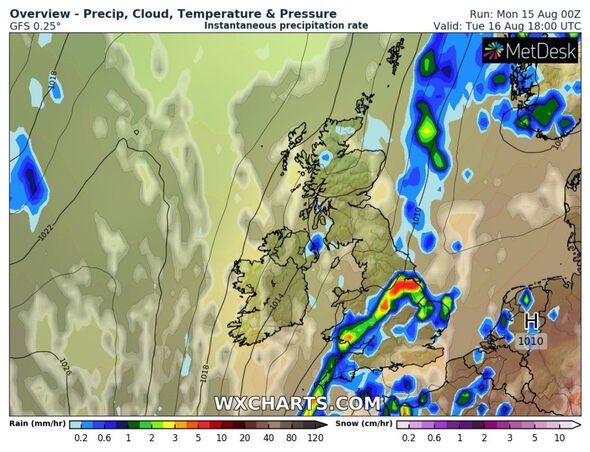 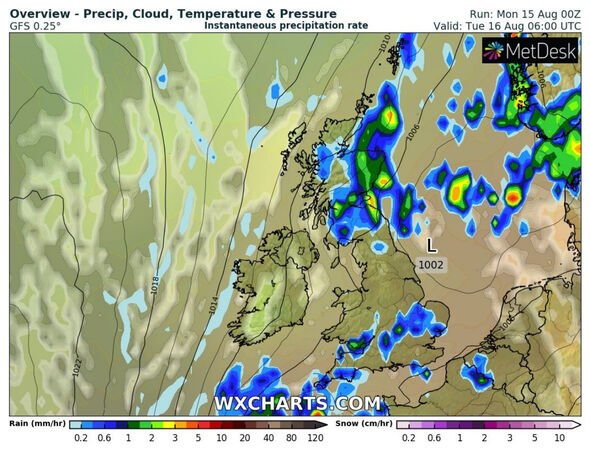 Looking ahead to later this week, they added: “Heavy showers and thunderstorms across the south Wednesday, drier further north.

“Most places dry Thursday, but rain moving from the northwest, clearing southeast Friday to sunny spells. Cooler than recently.”