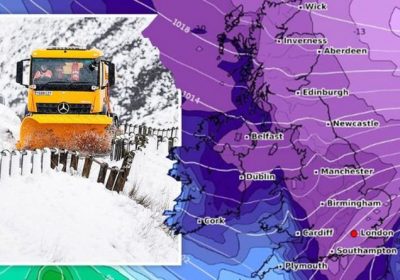 Temperatures could fall to as low as -9C over the Scottish highlands this weekend, the latest weather maps claim, whilst “dangerously deep” snowfall is forecast. Into tonight more heavy rain showers are expected across the UK before snow hits much of the country this weekend.

While temperatures in England will remain mild they will fall further in Scotland where more snowfall is likely.

Much of the Scottish highlands is under an amber Met Office weather warning meaning “communities might be cut off for several days”.

People living in these areas are also warned “long interruptions to power supplies and other services” may take place whilst roads could be blocked by heavy snow stranding some passengers in their vehicles.

This weather warning remains in place until the end of Saturday with the Met Office warning of “dangerously deep” snow. 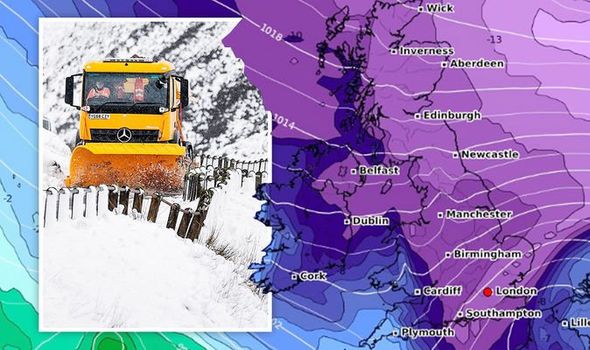 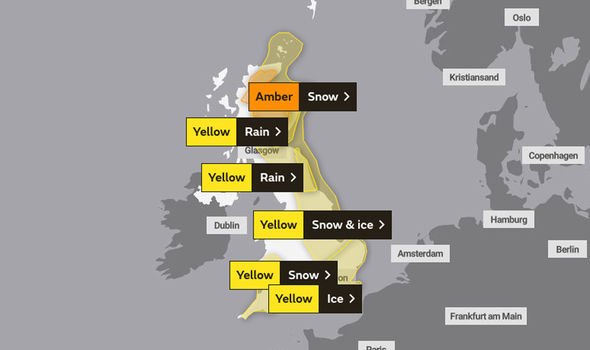 And then going into Sunday much of the eastern side of England will face blizzards coming in from the North Sea.

Met Office meteorologist Alex Deakin said: “Across parts of Scotland we’ve seen some significant snowfall and that snow continues to build up, it continues to get blown along by a brisk easterly wind as well.

“We’ve already seen some disruption and more to come. By the time we get to the end of Friday, the warnings valid until Saturday morning, we could see 50cm over some hills.

“Some places already recording up to 40 or 50 centimetres.

“Do check before you travel, some dangerous conditions across parts of Scotland.” 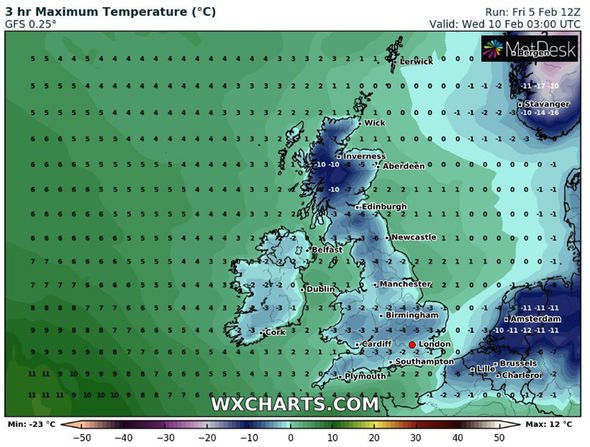 Friday evening will conclude with heavy rain for Northern Ireland and lighter showers across most of England and Wales, where temperatures will generally remain mild.

Flood warnings are in place for northeast England and southeast Scotland due to the ground becoming saturated.

Overnight temperatures will fall to freezing for southwest England, where an ice warning is in place, though other areas will be milder.

Heading into Saturday snowfall will ease up a little over the highlands, but intensify over eastern Scotland and northeast England. 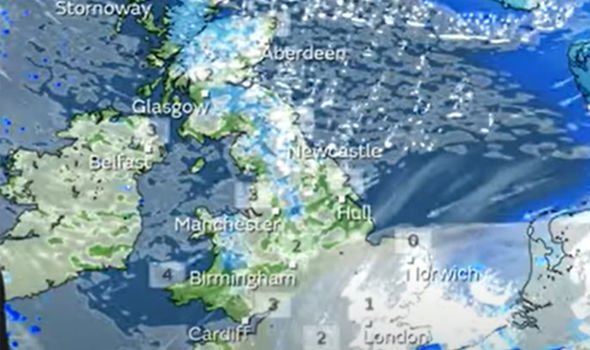 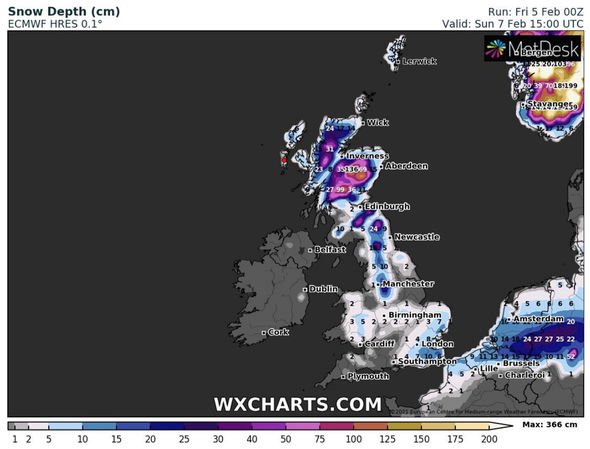 This is expected to move start hitting lower levels throughout the day.

Across the weekend maps from The Weather Outlook show temperatures falling dramatically across the whole UK while WXCharts, a mapping service, warns temperatures could fall to -9C for the Scottish highlands during the night.

During Saturday snow outbreaks will become heavier and start making their way further west and south.

Central and southern England and Wales will be milder, though some snow could still occur over higher areas particularly towards the end of the day. 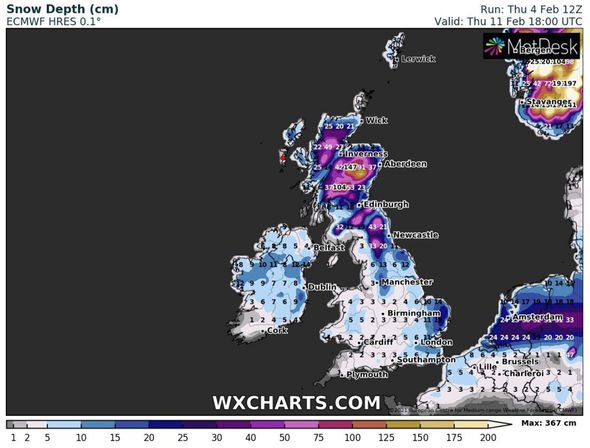 Sunday is forecast to be bitterly cold across the UK with snow spreading into the midlands.

The Weather Outlook forecasts: “In East Anglia and southeastern England outbreaks of sleet or snow could be heavy at times and they bring the likelihood of disruptive accumulations.”

However, some sunny spells, mixed in with snow showers, are expected for more northerly and western regions. 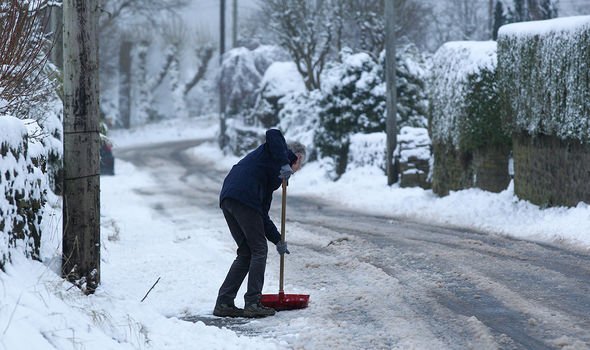 Temperatures are expected to remain cold during the first half of next week and could fall below freezing.

More snow is expected over eastern and central Britain with some sleet and snow for more southern areas.

The nights will be bitterly cold, particularly in areas affected by snowfall.

One weather chart forecasts the whole of the UK will be covered with a blanket of snow.