Temperatures in Scotland could drop to -10C next month, according to The Weather Outlook. The region is facing an “early winter” with forecasts of snow and frost.

He added that there could be a possibility of snow over the Scottish mountains.

He said: “It looks like an early winter, with the cards stacked in favour of a cold second half of autumn due to La Nina.

“-10C is expected in Scotland and -7C in England by late November, with snow on Scottish mountains now, in northern England from early November and the South at risk from late November.” 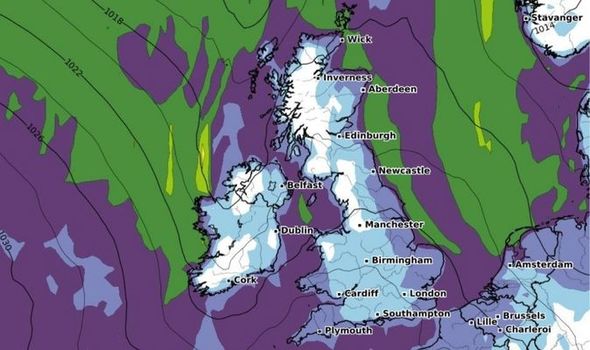 But before the freezing blasts takes over the UK, heavy rain is set to start Monday off as temperatures “struggle”.

Luke Miall, Met Office Meteorologist, said: “Through the day the cloud will continue to invade its way eastwards.

“That rain pushes its way in bringing some heavy rain at time quite grey, quite grotty conditions a really different feel to things compared with what we’ve had [on Sunday].

“But skies will brighten across western Scotland and North Ireland. 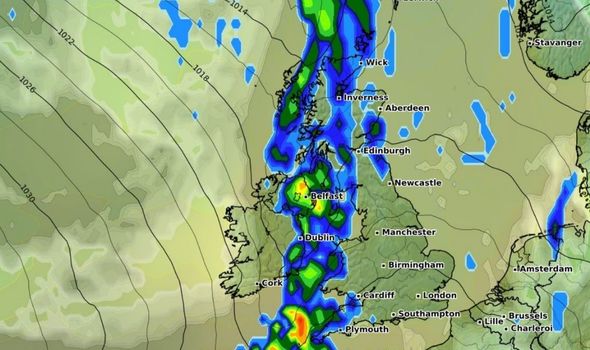 “A few showers following in here, a chilly north-westerly breeze and temperatures nationwide struggling particularly under cloud and the rain.”

Temperatures on Monday will reach about 8-12C across the UK.

The heavy rain will continue into Monday evening before drier conditions are set to come later in the week.

Mr Miall added: “We keep that cloud and rain through the evening just slowly pushing its way eastwards. 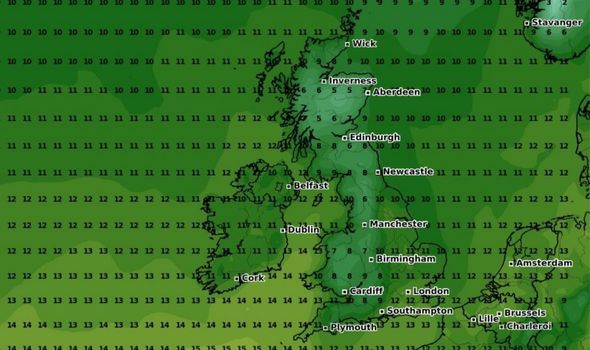 “See some clearer skies coming into western areas and we keep some showers around early through this outlook period but it will turn dry later in the week.”

There are currently three flood alerts in place for the UK as rain continues to wash the UK.

The Environment Agency issued the alerts for the Lower Avon and tributaries and the River Ray and its tributaries from Shipton Lee to and including Islip.

It also covers the River Evenlode from Moreton in Marsh to Cassington and the River Glyme at Wootton and Woodstock.

On Tuesday there will still be some wet weather in parts as temperatures remain cold. 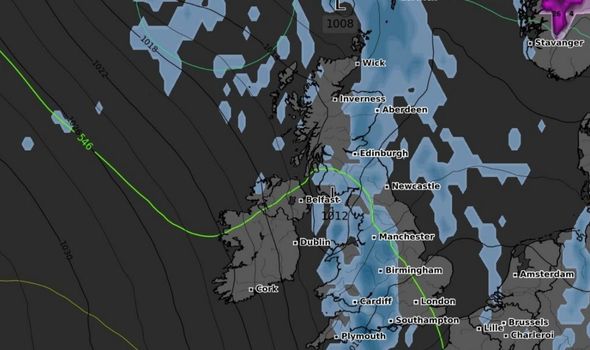 For Tuesday’s forecast, The Met Office said: “Eastern and central parts staying cloudy and damp with some rain but brightening up in the north and west.

“Still some showers here, particularly in the southwest. Staying cold.”

Temperatures on Tuesday will remain similar to Monday with an average of 8-12C in the UK.

The Met Office added: “Showers mainly across eastern areas on Wednesday, some heavy and it will be breezy.