Weather forecasters have warned of the risks of torrential rain and flash flooding across parts of England and Wales. Thunderstorm warnings are in place for today but will end by Tuesday as the stormy weather begins to calm down. The Met Office said: “We’ve got another risk of thunderstorms as we start the new week and they could bring some torrential downpours.”

Heavy rain is set to sweep Britain today with the danger of flash flooding in some areas.

The Met Office added: “A grey start to the day on Monday. Gradually we’ll start to see more in the way of sunny spells developing as we head through the morning and into the afternoon.

“This will trigger some heavy torrential downpours across parts of England and Wales with a risk of some torrential rain we could see some localised flash flooding too.

“Showers also developing across Scotland and Northern Ireland but they will tend to be a little bit lighter with less of a risk of thunderstorms.” 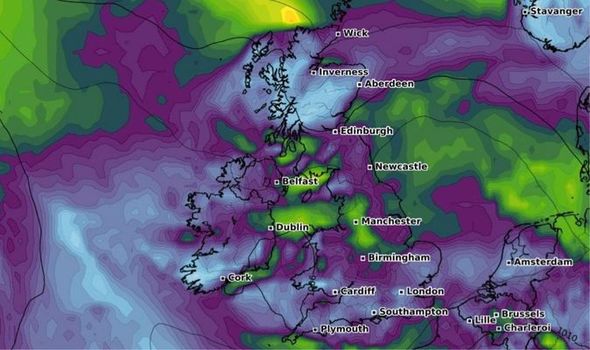 The thundery weather will continue well into the evening before changing on Tuesday.

“A bit of a change as we head towards the middle of next week. Wet and windy weather on the way from Wednesday.”

Tuesday will bring a day of sunshine and showers as the thundery weather begins to ease. 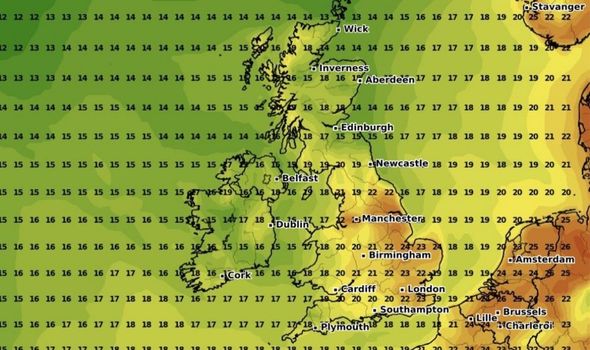 By Wednesday, the weather will start dry and bright with fewer showers across Britain.

But although the thunderstorms are dying down, rain is still predicted to pour over the UK in the coming days.

Areas in Britain were hit hard by the wet and stormy weather over the weekend.

In Dagenham, east London, streets were turned into rivers as the town was left partially underwater. 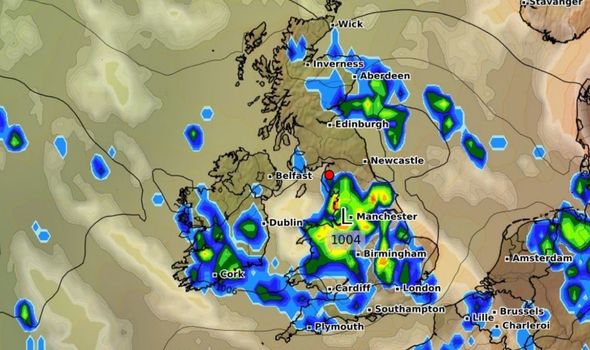 People in the Meadows shopping centre in Chelmsford were evacuated after thunderstorms sparked a fire.

The Red Arrows displays in London, Cardiff and Edinburgh to commemorate VJ Day were also cancelled due to dangerous weather conditions.

In Bishop’s Stortford, Hertfordshire, fire crews rescued two people and a dog after their car became stuck in floodwater.

The Yellow weather warnings in place for most of the country today warn of more heavy showers and thunderstorms leading to flooding and travel disruption. 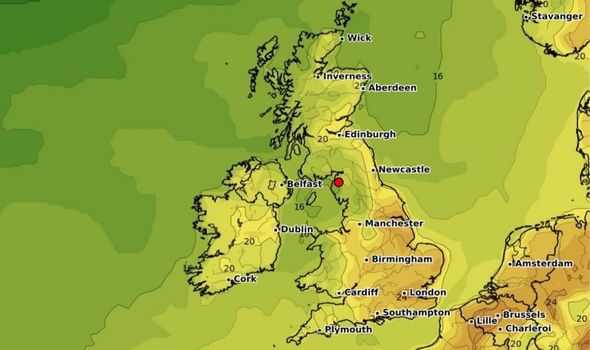 The Met Office have said spray and sudden flooding could cause difficult driving conditions and road closures.

It also warns that power cuts might occur with the chance of other services to some homes and businesses being lost.

Flooding of homes and businesses could happen quickly, according to the Met Office.