Flood warnings have been issued up and down the UK as torrential rain looks set to batter much of Britain throughout the remainder of this week. The forecast from the Met Office looks grim just in time for the weekend, with several inches of rain forecast to fall in one of the wettest weekends of the autumn so far. 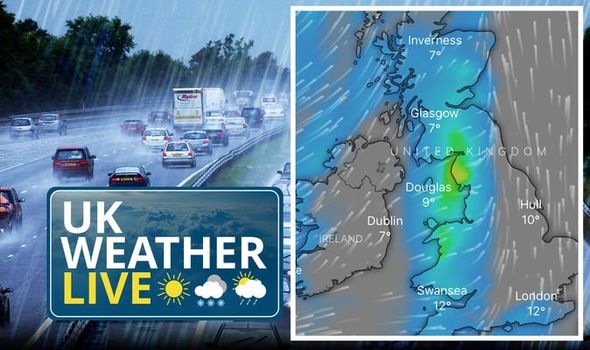 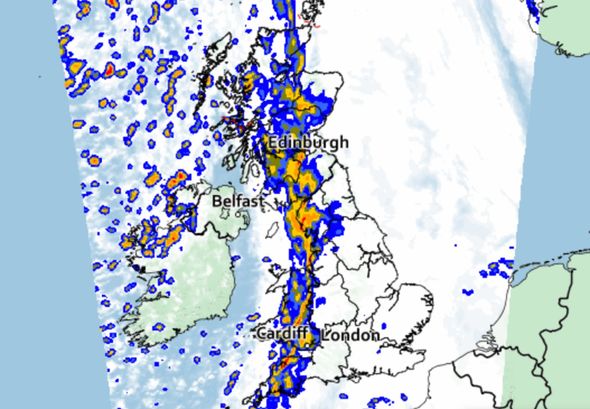 From today through the rest of the weekend, most of Britain will see heavy downpours thanks to a low-pressure system making its way across the Atlantic.

While Thursday is set to be dry and bright for much of the day, the rain and wind is set to begin overnight before continuing into Friday morning.

The Met Office report makes for unpleasant reading, with tonight’s predictions showing downpours for the north making their way toward the south overnight.

The report for the weekend reads: “Rain soon clearing southeast England. Most parts seeing sunny spells but also showers, most of these in the northwest where some will be heavy with hail and thunder.

“Remaining unsettled with further rain at times, heaviest in the west, with occasional drier and brighter spells particularly in the east. Mild and often windy with coastal gales likely.” 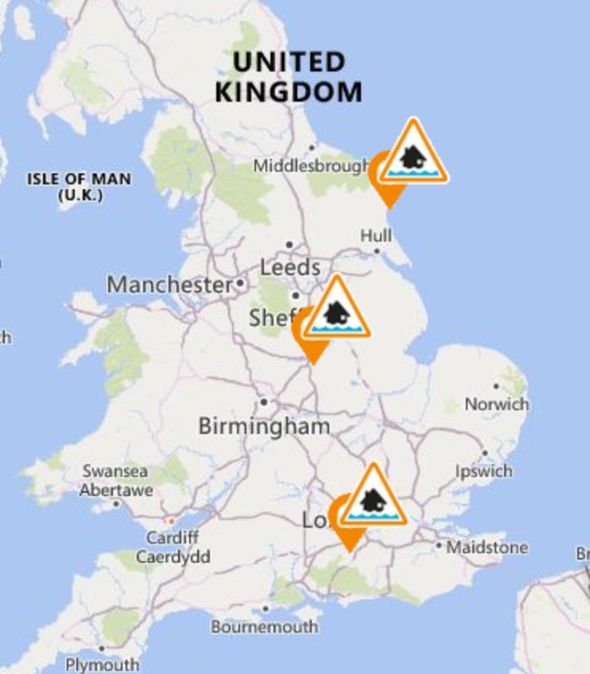 8.10am update: Environment Agency for England, and SEPA for Scotland, issue flood warnings

In England, currently, three places have flood alerts in place:

A further two have been issued for Dundee and Angus:

The Met Office forecast reads: “The end of November is likely to be generally settled with high pressure set to dominate, with settled conditions expected to be more prolonged in central and south-eastern areas.

“However, occasional unsettled periods do remain possible, although likely to be short-lived and mostly affecting north-western areas of the UK.

“Temperatures are probably remaining around average at first, feeling mild, before possibly turning colder than average into December with increased risk of overnight frosts.

“The chance of wintry precipitation could also be increasing into December, notably for northern higher ground.” 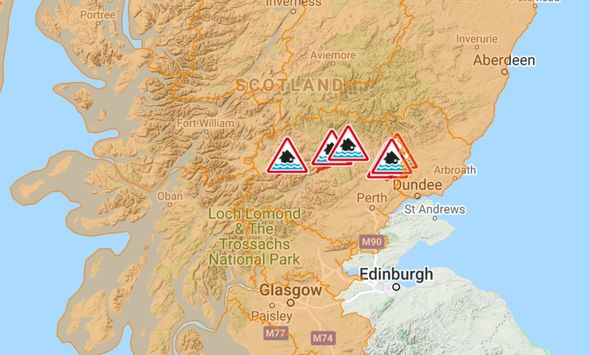