BRITAIN is due to be hit by heavy showers on Monday before a “Canadian Vortex” brings 60mph gales to many parts of the country.

The Met Office currently has a yellow weather warning out for strong gale force winds covering Tuesday and Wednesday. 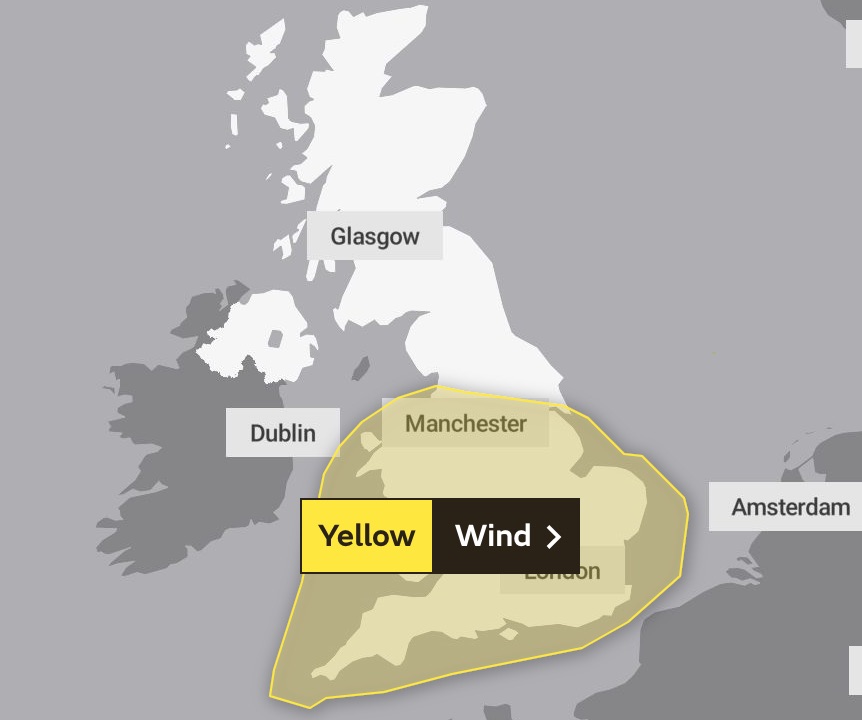 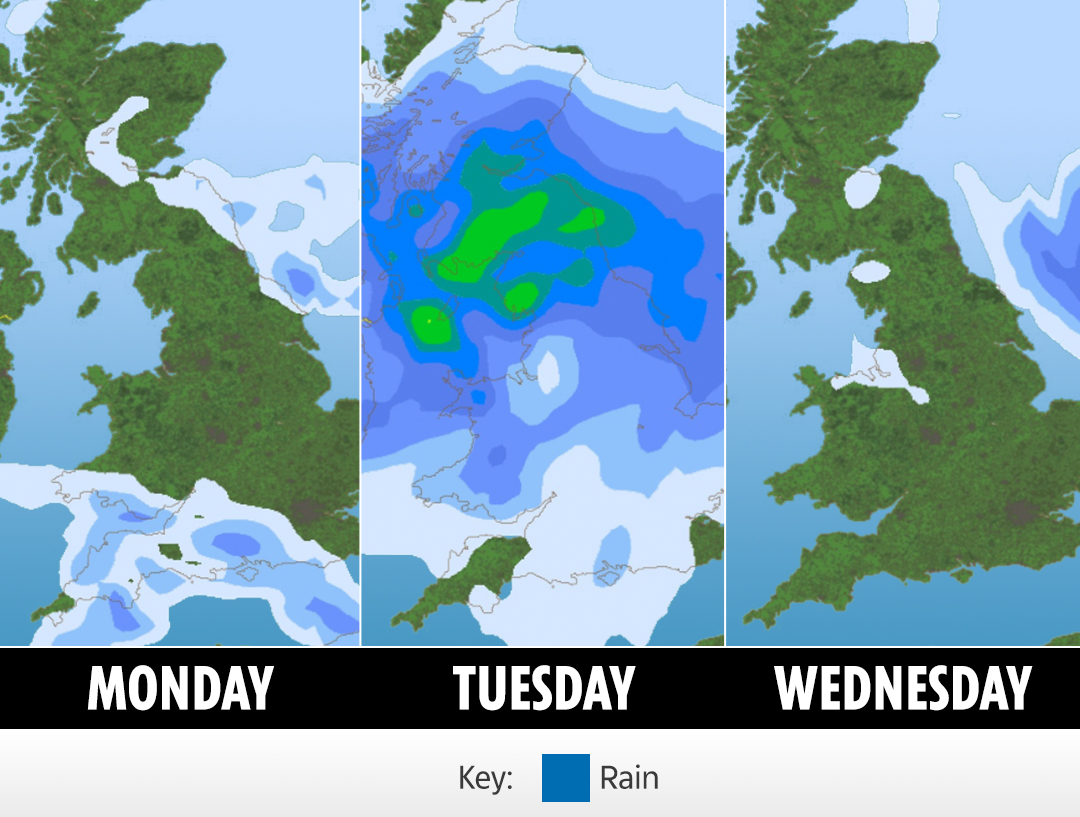 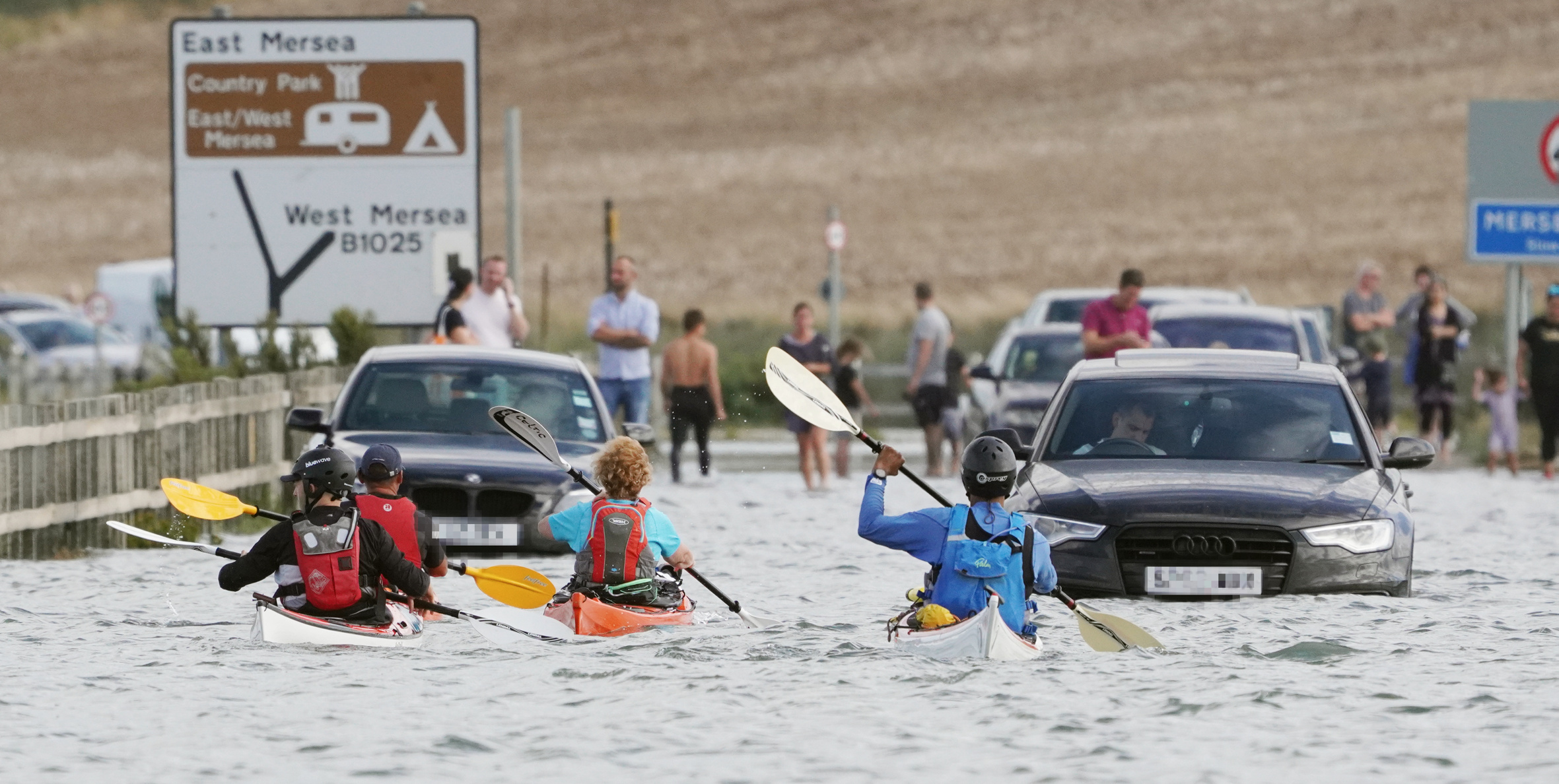 Some “sharp showers” are expected to hit throughout Monday covering most of England and southern Wales, according to the Met Office.

Thunder is also likely, with the Midlands the worst affected area.

In between the showers though it is likely to be chilly, especially in the morning.

Temperatures before midday are due to be in single figures but the mercury is expected to rise throughout the afternoon with possibly a high of 22C.

On Monday night and into the early hours of Tuesday a so-called “Canadian Vortex” is due to hit these shores, bringing gale-force winds and more wet weather. 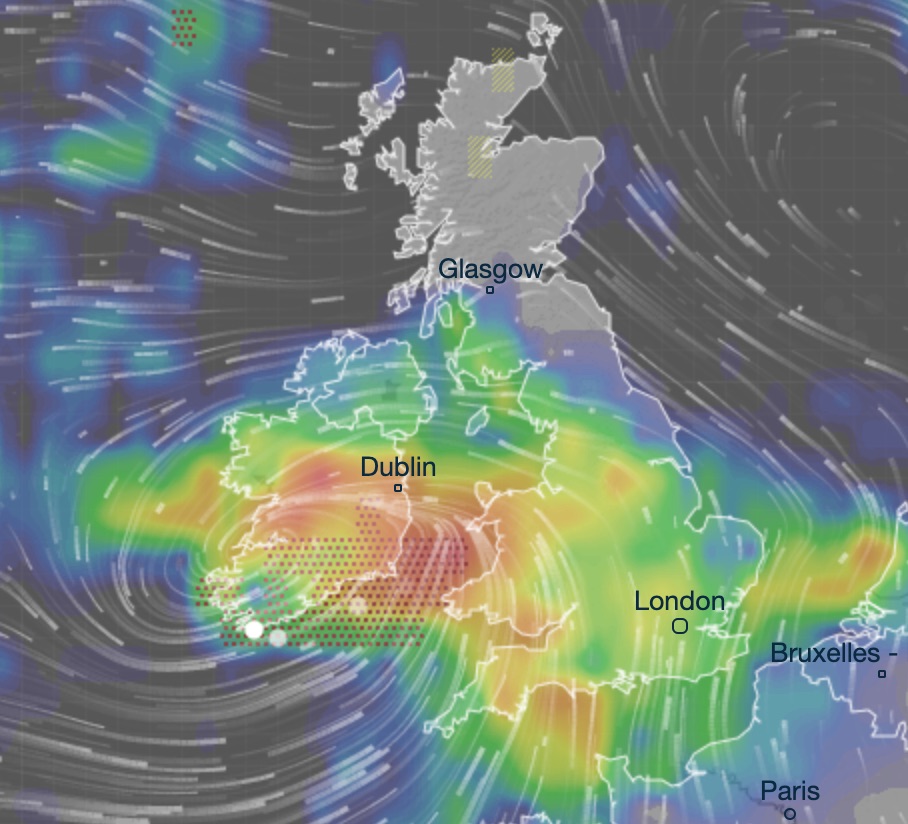 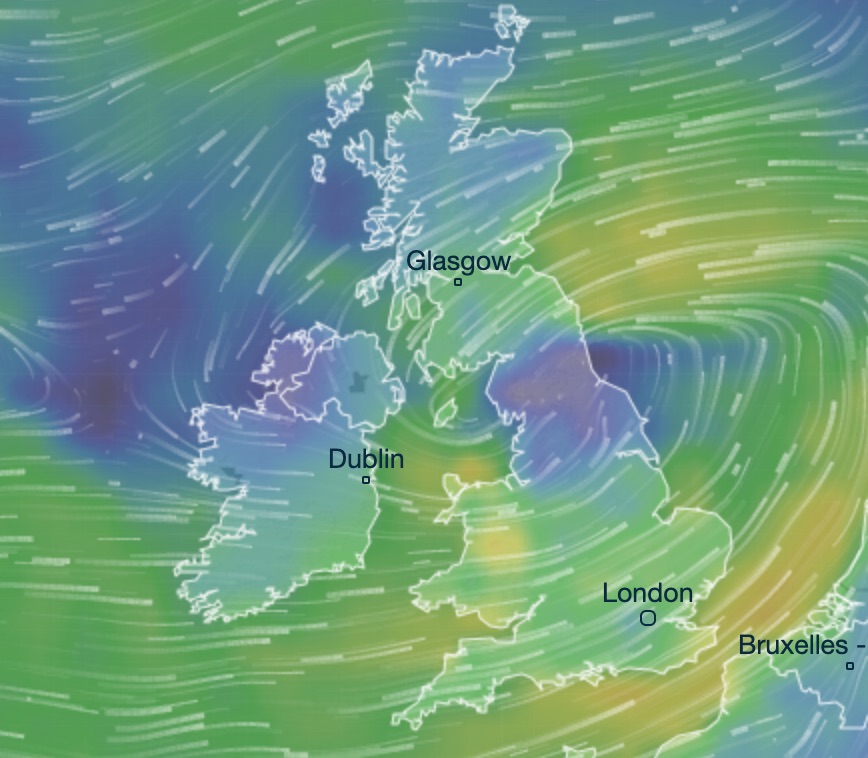 Southern parts of England and southern Wales will feel the worst of the biting winds with most areas seeing gusts of around 50mph.

But in more exposed coastal areas in south-west England and the English Channel gale force winds of 60mph are expected.

Scotland too will also see some strong eastly winds but not as ferocious as southern parts of the UK.

To make matters worse, there will be plenty of rain throughout Tuesday and into Wednesday morning.

Most parts will see between 20-40ml fall while upland areas could see more like 60ml fall.

The strong winds and rain will continue into Wednesday but things will improve from the west as the day progresses and some parts could even see some sunshine later in the day.

Eastern England though is expected to remain wet and windy for most of the day.

The wet and windy weather though won’t quite be over on Wednesday though, after a brief lull, more wind and rain is due on Thursday. 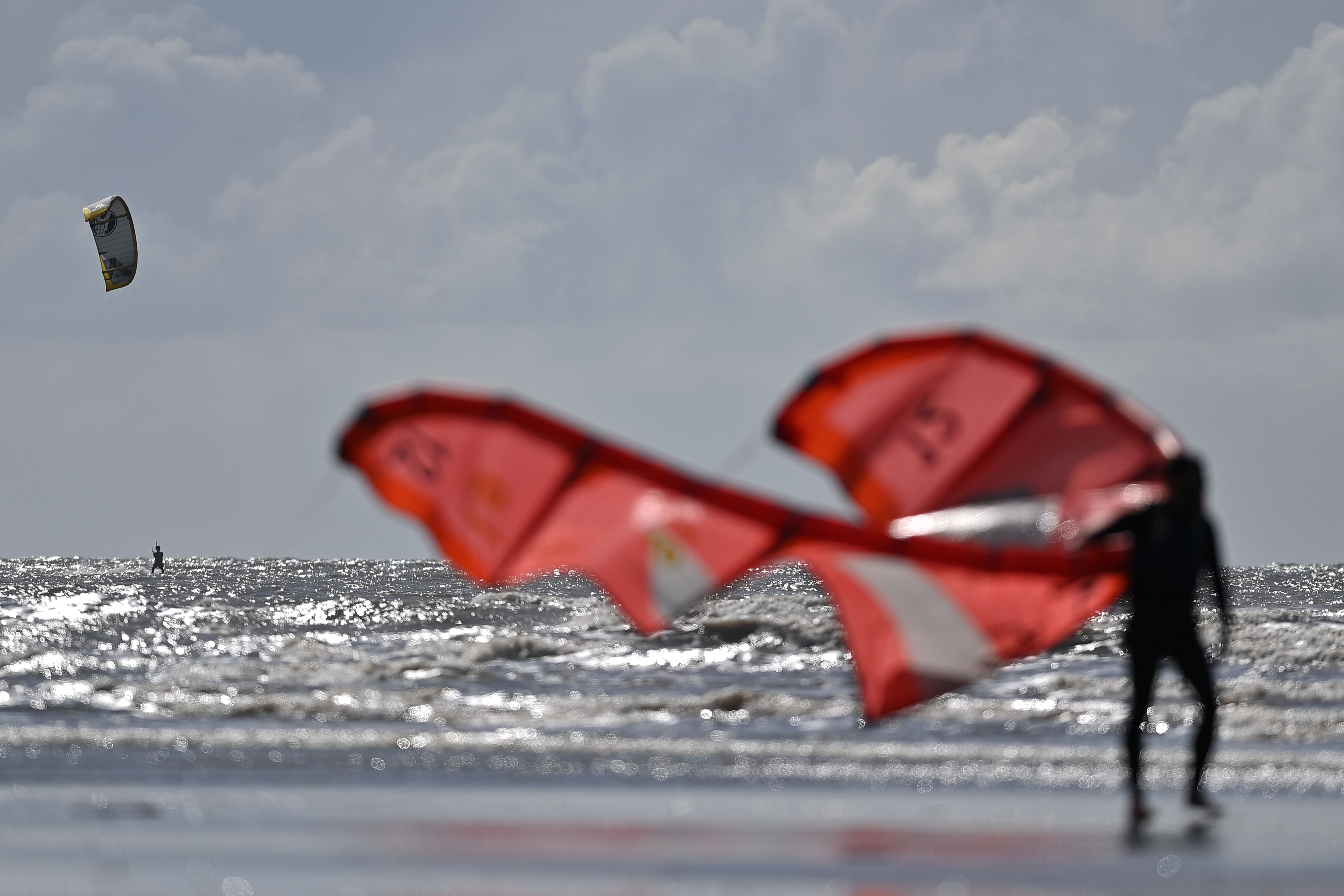 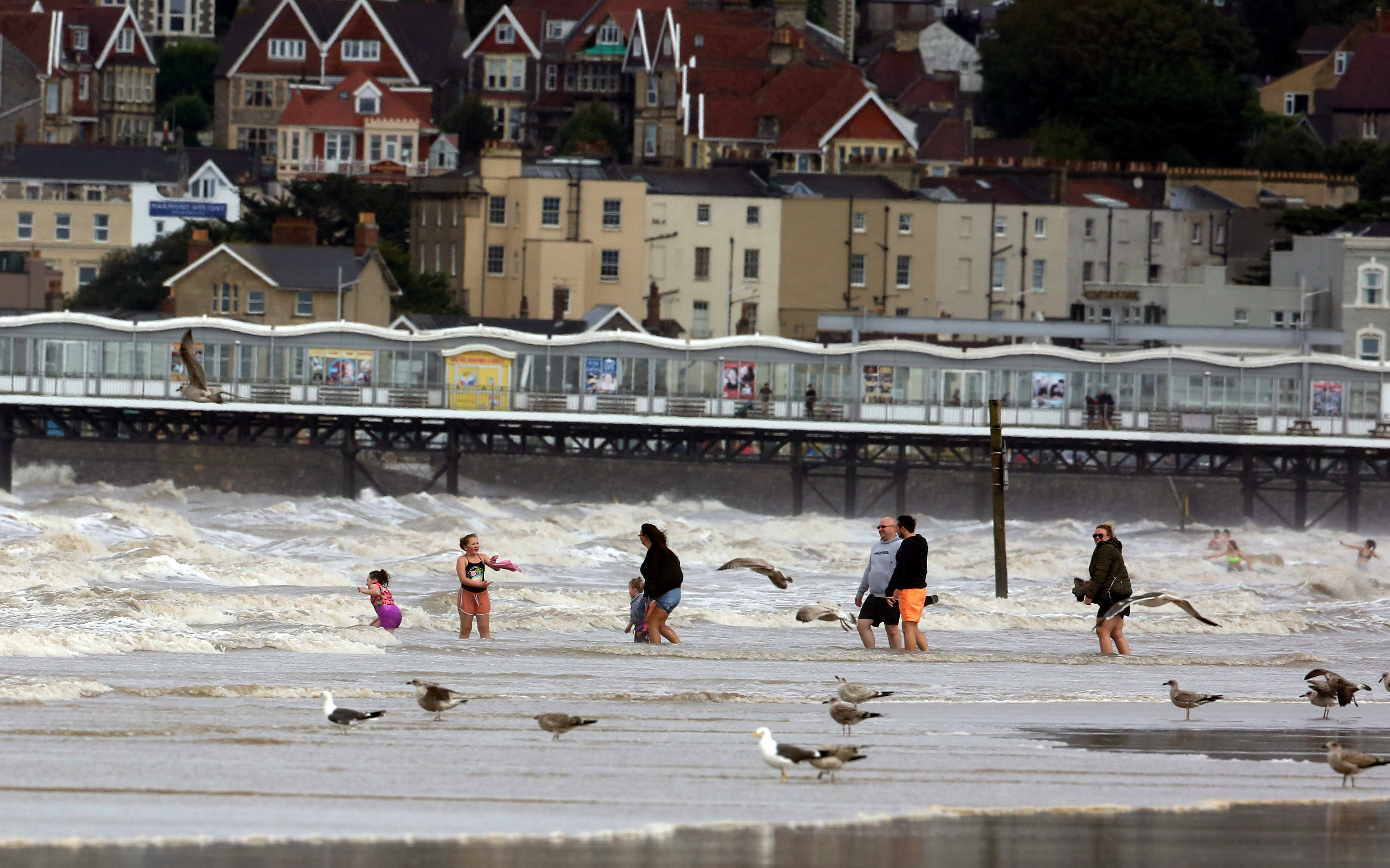 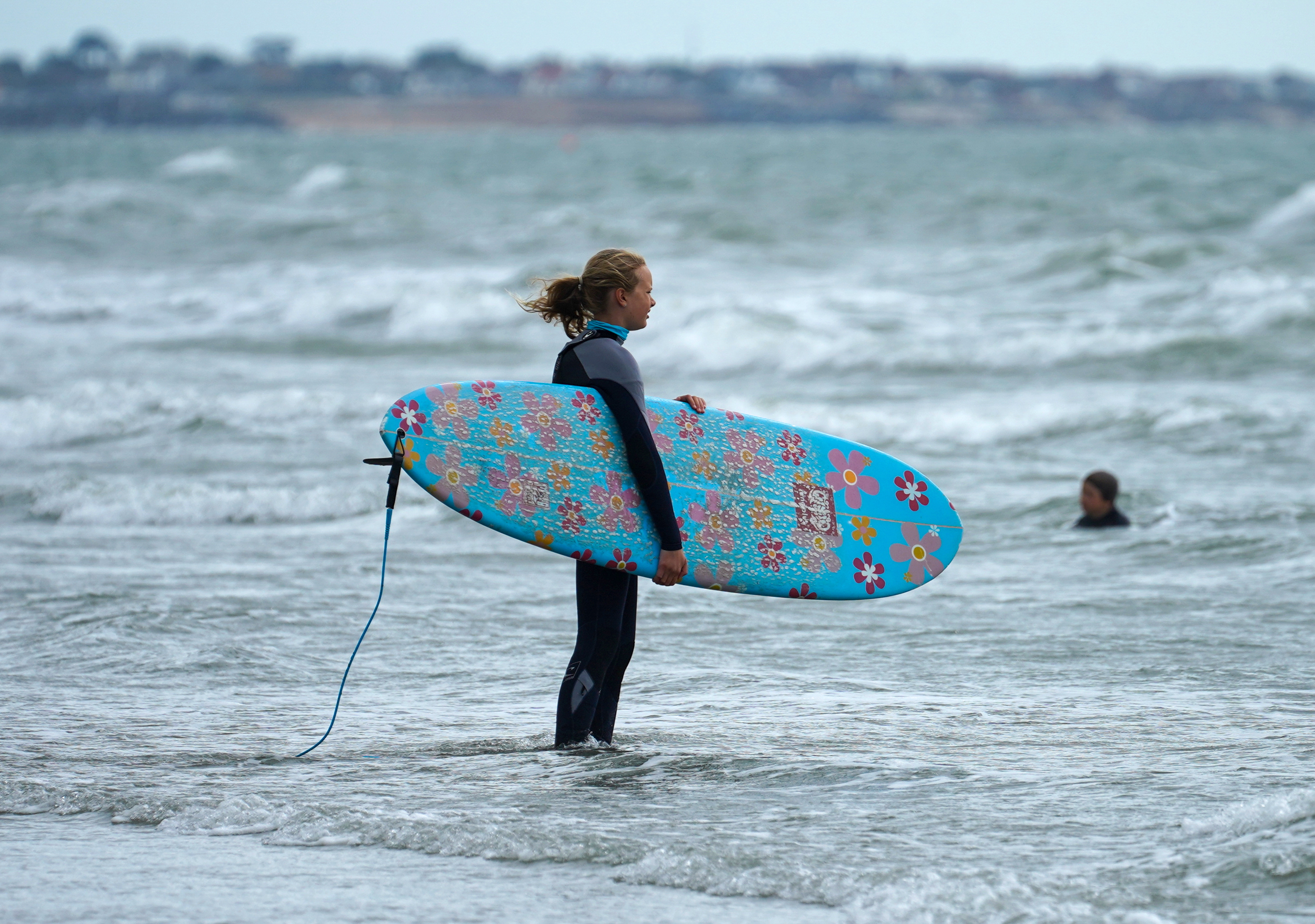