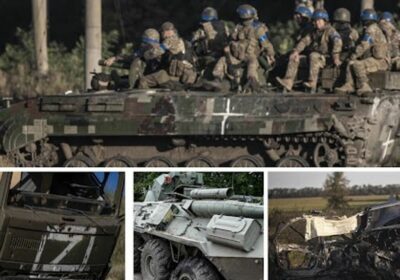 Lawmakers from a municipal council in the capital’s Lomonovsky’s district published an open letter on their website in which they accused the Russian President of returning the country to the Cold War era.

They also said that under his leadership Russia had once again become “hated and feared”.

It comes as Moscow abandoned its main bastion in northeastern Ukraine, a sudden apparent collapse of one of the war’s principal front lines after Ukrainian forces moved to encircle the area in a shock advance

The municipal officials wrote: “The rhetoric you and your subordinates have used for a long time is imbued with intolerance and aggression, which in the end has effectively sent our country back into the Cold War era.

“Russia is once again feared and hated, and we are once again threatening the world with nuclear weapons.

“In view of the above, we ask that you resign from your post, since your views and your model of government are hopelessly outdated and hinder the development of Russia and its human potential.” 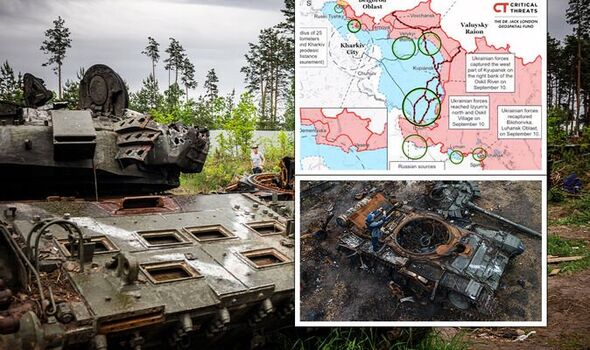 VLADIMIR PUTIN’S forces have fled and abandoned several major Ukrainian towns in a “humiliating setback” for the Russians and a “decisive turning point” in Ukraine’s favour.

Russia’s own defence ministry confirmed a retreat among its forces, in what is seen as the most significant Ukrainian advance since Russia withdrew from areas around Kyiv in April.

President Zelensky, in his nightly address on Saturday, said the Russian military are making the right choice to flee.

He said: “The Russian army is showing its best — showing its back. And it’s a good choice for them to run away. There’s no place for the occupiers in Ukraine.”