Home » World News » Ukraine military aid: How the UK is lagging behind US in support to fight Russia

Ukraine military aid: How the UK is lagging behind US in support to fight Russia 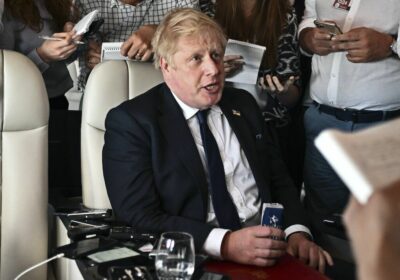 Fortified Ukrainian resistance has left Vladimir Putin’s troops with a diminishing foothold in the country. While the Russian army is on the cusp of taking the port city Mariupol, Ukraine has not made the process easy. Western officials have supported a ferocious national spirit, with Ukraine backed by some of the world’s foremost superpowers and Putin’s bitterest rivals.

Where does Ukraine get its aid?

Ukrainian President Volodymyr Zelensky has no shortage of support beyond Eastern Europe, with the rest of the continent, aside from Russia and Belarus, offering assistance.

Other nations have also answered the call for support, with the US and Asia-Pacific nations also pledging their vast military resources to the country’s cause.

Some have provided more than others, and Express.co.uk has analysed Ukraine’s top contributors.

Unsurprisingly, President Joe Biden has provided President Zelensky with the most valuable equipment.

His contributions amount to approximately $4.8 billion as of March 27, the Kiel Institue for the World Economy estimated.

The President’s support is several orders greater than Ukraine’s other allies, who have offered nine-figure sums.

Estonia, with its approximate GDP of $31.3 billion, has offered Ukraine equipment worth $240 million.

And the UK, one of the world’s richest countries, is offering less, with its military aid valued at $220 million, according to IFW Kiel.

Italy, Sweden, Germany and Canada are offering less than $200 million.

Italian leaders have provided equipment worth $160 million so far, while Sweden’s is worth $140 million.

Germany and Canada’s aid is worth approximately $130 million and $100 million respectively.

While already ranking as Ukraine’s top supporter, the US will only extend its lead in the months to come.

The White House is reportedly poised to announce a raft of new commitments that could boost its support package value beyond $6 billion.

President Biden pledged on Tuesday that the US would send more artillery to Ukraine, with rumours suggesting its value could match a previously announced $800 million package.

They would see the US contribute another $1.6 billion combined, bringing their total support to $6.4 billion.