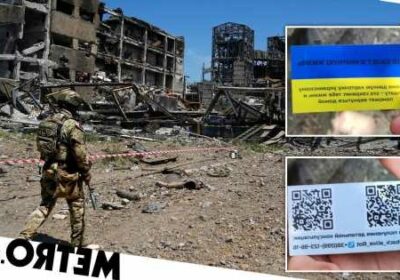 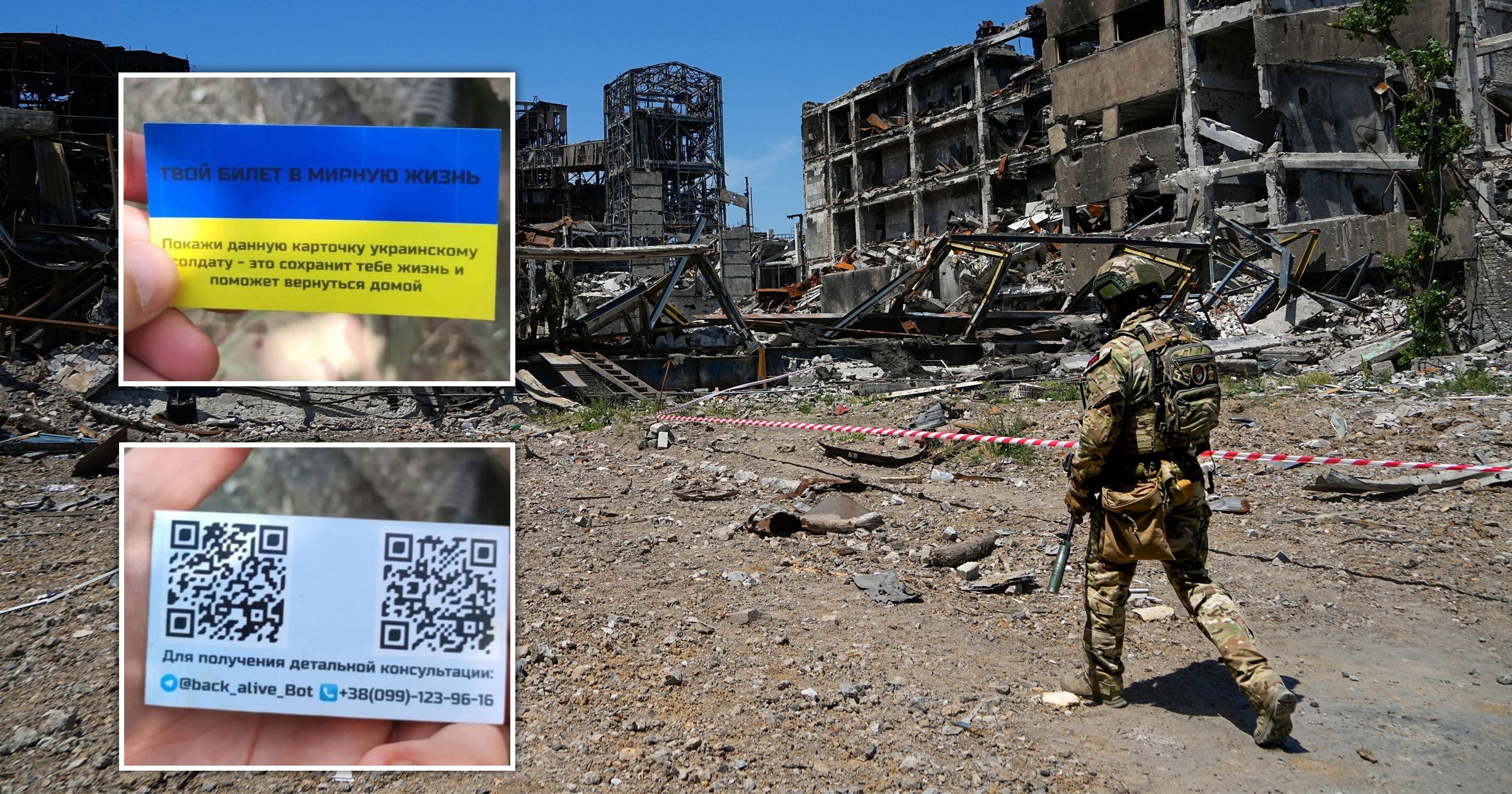 Ukrainian soldiers have been handing out secret ‘surrender cards’ to fleeing Russian troops to help them escape the conflict alive.

The cards, which are blue and yellow in the colours of the Ukrainian flag, contain details written in Russian on how to return home.

It also guarantees amnesty, and compensation will be offered to soldiers who hand over their weapons and military equipment to Ukrainian forces.

The card reads: ‘YOUR TICKET TO A PEACEFUL LIFE.

‘Show this card to a Ukrainian soldier – it will save your life and help you return home.’

When scanned, the QR codes give detailed instructions on how Russian soldiers should surrender.

It says: ‘1. Fold all your weapons in front of you at a sufficient distance.

‘2. Stand in front of military equipment. All equipment must be muffled and not in a combat position.

‘3. To notify the Ukrainian side of the laying down of arms, a negotiator from the officer corps may be sent without weapons and with raised hands or a white flag. Having surrendered, you must follow all the instructions of the Ukrainian military!’

The cards were shared on Telegram by Vitaly Kim, who is the governor of the Mykolaiv region in southern Ukraine.

He said in the post: ‘Pass it on the Russian soldier. Can save someone’s life.’

Ukrainian forces have also promised that at the end of the war, prisoners will be released and returned to Russia with all their valuables.

The city was captured by Russians early during the war but mayor Ivan Federov confirmed on Tuesday that soldiers were retreating.

Up to 150,000 Ukrainians are also believed to have been liberated in the ‘Kharviv counteroffensive’, as Moscow abandons its main bastion in the northeast region.