Home » World News » US election 2020: What happens if US Presidential Election is CANCELLED?

US election 2020: What happens if US Presidential Election is CANCELLED? The United States Presidential Election has been sidelined in the American news agenda as the coronavirus crisis and ongoing Black Lives Matter protests continue across the country. Many people have expressed concern Donald Trump may exploit the COVID-19 pandemic to indefinitely delay the US presidential election, but what would happen if the election is cancelled?

The coronavirus outbreak has significantly disrupted the 2020 election, leaving campaigns and election officials scrambling to keep the election on track.

This week the US state of Georgia has ordered an inquiry after its primary election has been marred by claims of voter suppression.

Within minutes of polls opening on Tuesday long queues formed in Atlanta as volunteers struggled with the state’s new election system which uses touchscreen computers to print out paper ballots.

Many hailed the issues as “unacceptable” and urged residents to not allow their votes to be suppressed.

Georgia Congresswoman Lucy McBath tweeted: “Unacceptable. Our citizens have a right to vote. Plain and simple.” 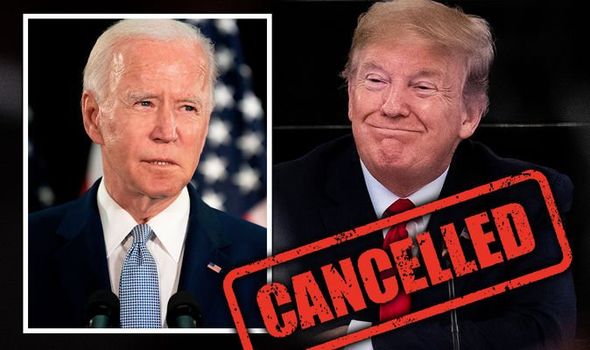 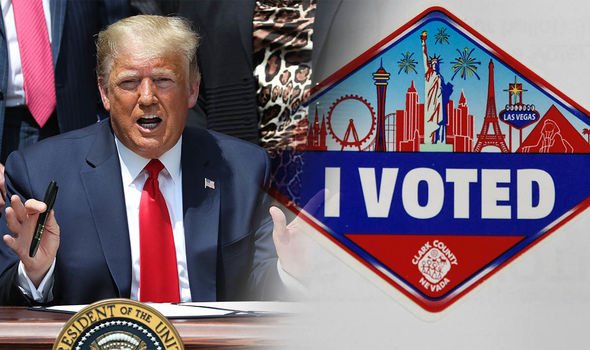 What happens if the election is cancelled?

Speaking on April 23, Mr Biden said; “Mark my words, I think he is gonna try to kick back the election somehow — come up with some rationale why it can’t be held.”

Fox News political analyst Juan Williams echoed this concerned in an article in The Hill. 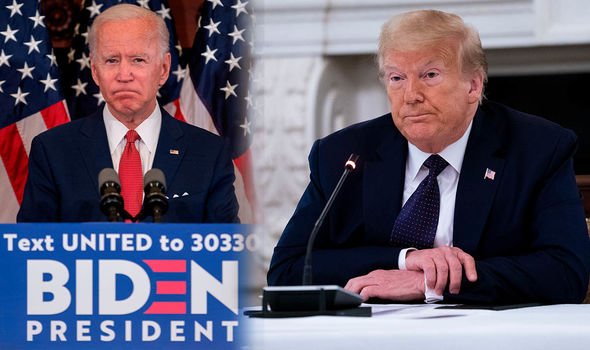 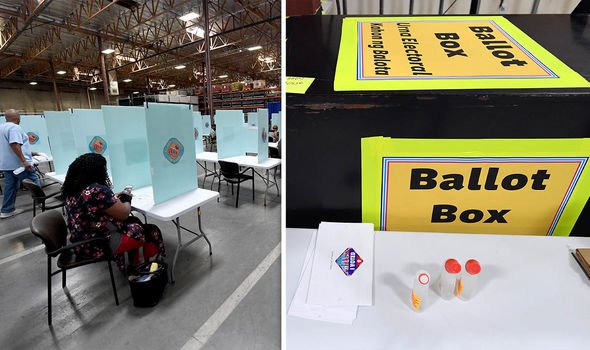 Andrew Moran, Professor of Politics and International Relations at London Metropolitan University told Express.co.uk: “On election day there are a variety of elections taking place – at the presidential, congressional, and state level.

“The question most people are asking is can the president cancel the presidential election. The short answer is no.

“Federal law makes it quite clear that the election should be held on the first Tuesday after the 1st Monday in November.

“This can only be changed through legislation that would have to be passed by Congress, signed by the president, and would then, most likely, be challenged in the courts.”

Donald Trump cannot cancel or postpone the November 3 general election by executive order, under the parameters of a national emergency or disaster declaration, or even if he declared martial law.

In an extreme scenario where the electoral college does not vote, Mr Trump’s term would still expire at midday on January 20, 2021.

This means control of the presidency would then go down the line of succession.

Unless Mr Trump is re-elected, there will be a new head of state next year.

If the federal and state Governments do not prepare to hold general elections due to the coronavirus pandemic, the US Government will be forced to rely on the rules of succession.

These rules of succession have never been used before, but do outline the bare bones of a new plan.

Acting through their legislatures, states can appoint electors to the Electoral College even without elections.

This means there should be votes to count, even if not all states can submit them.

Any candidate who receives a majority of the electoral votes would become president. 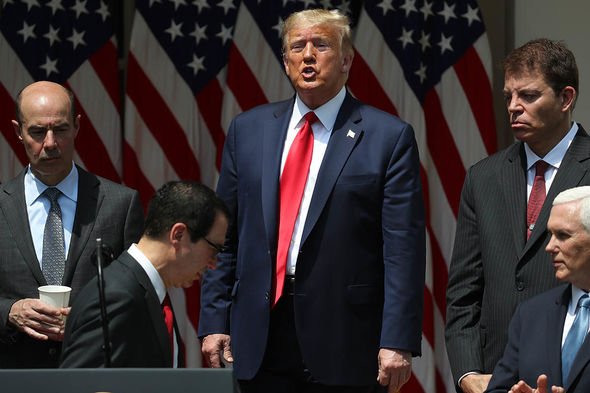 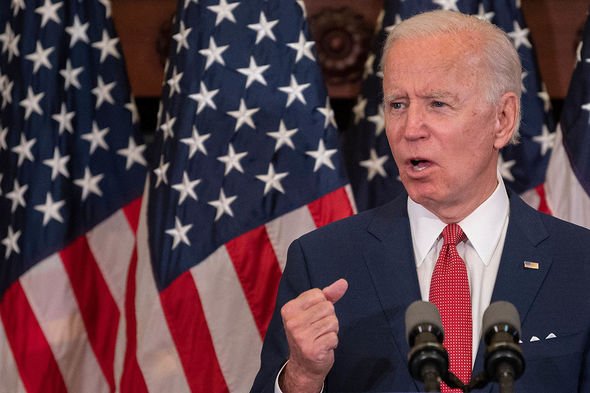 In the case where some states are unable to participate in the election, the magic 270 Electoral College votes needed to win would be changed, to become a lesser number.

The 12th Amendment states that “the President of the Senate shall, in the presence of the Senate and House of Representatives, open all the certificates and the [Electoral College] votes shall then be counted… and if no person have such majority, then from the persons having the highest numbers not exceeding three on the list of those voted for as President, the House of Representatives shall choose immediately, by ballot, the President.”

“The President does not have the power to change this on his own in any way, even by Executive Order or in an extreme situation during a national emergency where he might martial law.

“Only Congress and the 50 states in the US can make that change via a Constitutional Amendment.

“The fact that there have only been 27 amendments ratified since 1787, and the first ten were in 1791, highlights how difficult that can be – it is long, drawn-out process, and partisan politics is always involved.

“It is also something that the American public do not want.”

He added: “There would be no logic to the elections being cancelled if the government is making the argument that the country must be opened up.

“If you open up the economy, you must also open up democracy.”

But this could lead to an issue. No federal elections on November 3 would mean on January 31, as mandated within the Constitution, the terms of all current members of the House of Representatives and 33 senators would end that day at noon, so all must step aside.

Therefore the only way to fill a vacant House seat would be to conduct a special election which would take time to orchestrate.

Unlike the House of Representatives College, the Senate is a continuing body which means the majority of its members will remain in office.

The Constitution authorises governors to appoint senators temporarily to fill vacancies until the next election.

Without elections in November, if all of the governors of states with term-expired senators appoint replacements from their own party, the new Senate would be split 50/50.

Although the election cannot be cancelled, Professor Moran said it will look different to normal elections.

He said: “What we may see is more states allowing voters to cast their ballot by postal vote – if they are allowed to.

“This is something that Trump has criticised as he has falsely claimed that there is evidence that this will lead to corrupt elections in the past, with fraudulent votes being cast.

“There is no credible evidence to support this claim. In fact, the reality is more likely that, as Trump himself admitted in a Fox & Friends interview, the drive to allow votes by mail, same-day registration and early voting would result in ‘levels of voting that if you’d ever agreed to it, you’d never have a Republican elected in this country again.”