Home » World News » Use of deadly force by Colorado Springs officer justified when he encountered a man wielding a knife.

Use of deadly force by Colorado Springs officer justified when he encountered a man wielding a knife. 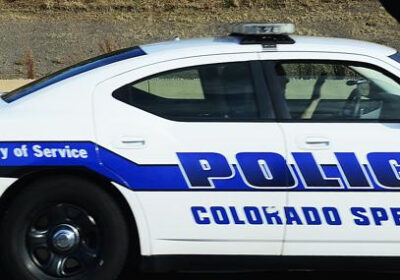 A Colorado Springs police officer who fatally shot a man who was armed with a knife was justified in using deadly force, according to a review of the police shooting.

On Dec. 8, 2021, Officer Jacob Kelly shot Michael Anthony Pantoja who was armed with a knife, according to the El Paso County District Attorney’s Office.

Pantoja refused to comply with Kelly’s commands to drop the knife, the review found. Kelly fired four shots at Pantoja who rushed the officer with “a raised knife creating an imminent deadly threat.”

The shooting happened in the 1700 block of Herd Street where police were called on a report of a home invasion. Pantoja was within five feet of Kelly and closing the distance when the shots were fired, according to the review.

“Officer Kelly was in fear for his life, the life and safety” of another officer on scene and for the person in the residence who called police for help, investigators found.

The use of deadly force was justified based on all the facts and circumstances of the case under Colorado law, the DA’s office said.

“Pantoja died as the result of multiple gunshot wounds caused by four bullets fired by CSPD Officer Jacob Kelly,” the reviews stated.  “This was a Homicide, but the use of deadly force by Officer Kelly was justified.”