Victims will be given the power to block prisoner releases 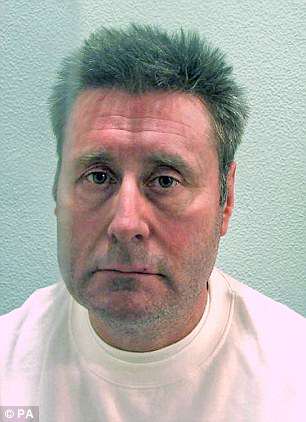 Victims will be given a right of appeal to block prisoners being freed, under landmark proposals unveiled last night.

Ministers set out plans to allow victims to challenge any Parole Board ruling without resorting to a costly judicial review.

These new hearings could be led by a judge and open to public scrutiny in some cases, including when dealing with the most notorious criminals.

Ministers also pledged to introduce legislation to immediately end the blanket ban directing that all Parole Board decisions are made in secret.

The board approved his release but refused to release its reasons and even failed to warn some of his victims he could soon be back on the streets.

His victims persuaded a senior judge to order officials to re-examine the case. Worboys must remain behind bars while they do.

The highly charged legal showdown led to the resignation of the Parole Board chairman Nick Hardwick and proved embarrassing for Justice Secretary David Gauke.

Unveiling the package of measures, he said: ‘We will improve the process for victims, who in this case were clearly let down.

‘It is my ambition that the outcome of this process will mean victims have more confidence in the system.

‘We have moved at a pace to address the shortcomings of the parole system which the Worboys case has brought to light.

‘But we must take a balanced approach. I am determined to lead a thorough reform process.’

The Ministry of Justice outlined proposals to allow its decisions to be challenged by victims, with judges brought in to oversee hearings.

A consultation to be launched next week will consider how the hearings will take place, including whether victims, media and the public are allowed in.

Fresh legislation will be introduced to change the rules and enable the Parole Board to explain its decisions.

Officials will provide an overview of the arguments it heard, the recommendations of experts and details of the offender’s risk and rehabilitation.

The Ministry of Justice said it will consider the impact of these changes and whether to automatically publish case summaries in future.

The review was ordered in January after it was revealed Worboys could be released within weeks when officials ruled he was no longer a public threat.

Worboys was convicted of attacks on 12 women at his 2009 trial but is suspected of having more than 100 victims.

The Parole Board ruled he could be freed after finding he had learned ‘not to hide negative thoughts and feelings’ during ‘positive’ treatment with psychologists.

It has since been revealed the serial sex offender showed no remorse in prison.

He even joked about joining a dating website after his release and living on the outskirts of London where he claimed his victims.