A city in Russia located below an active volcano is under alert after scientists have warned of a “very likely” imminent eruption. The Avachinsky – also known as Avacha – crater has been spewing gases into the air triggering a warning for residents below.

The Avachinsky crater is located on the explosive Pacific Ring of Fire which contains 75 percent of the world’s active and dormant volcanoes.

It is only 16 miles from regional hub Petropavlovsk-Kamchatsky which has a population of 180,000.

Danila Chebrov, chairman of the Kamchatka regional branch of Russia’s Unified Geophysical Service, said: “A gradual increase in seismic energy released in the volcanic structure has been observed for about a month.”

He warned: “We cannot say that Avacha will certainly erupt in the next month, but such a scenario is now very likely – be careful.” 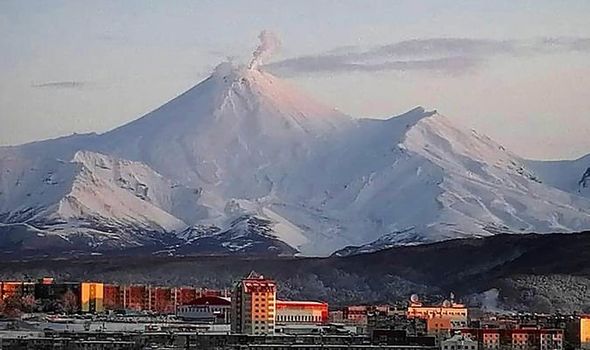 Volcanic gases coming from Avachinsky are making it impossible for volcanologists to get beyond 6,890ft.

Locals and tourists have been warned to keep away from the 8,993ft volcano which has a red glow and smoke billowing its peak.

In recorded history, Avachinsky has erupted 16 times – and the largest of these was in 1945. 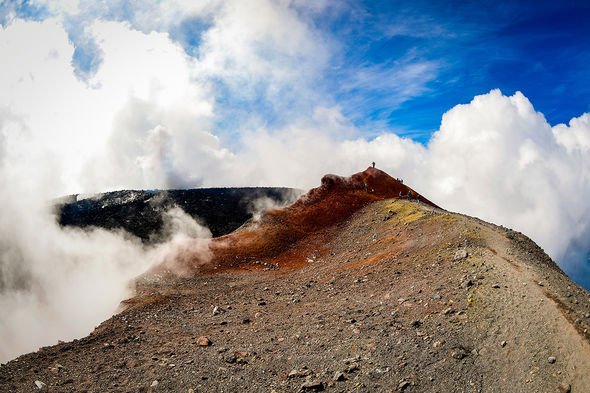 The most recent eruption was in 1991 and produced lava flows, a dome, and mudflows.

According to Oregon State University: “Fifteen individual lava flows exist on the present Avachi cone, most of these being located on its southern slopes.”

But the UN has previously warned that the regional capital of Kamchatka is perilously close to the stratovolcano.

The Kamchatka peninsula juts into the Pacific and is further east than Japan.

This comes as a volcano erupted earlier on Monday on New Zealand’s White Island, leaving fears of more than two dozen people missing.

The eruption, which struck at 2.11pm local time (1.11am GMT) killed at least five people and injuring up to 20.

Police said early on Tuesday New Zealand time they did not expect to find any more survivors from the volcanic eruption, which spewed a plume of ash thousands of feet into the air.

A police statement after rescue helicopters and other aircraft had carried out a number of aerial reconnaissance flights over the island read: “No signs of life have been seen at any point. 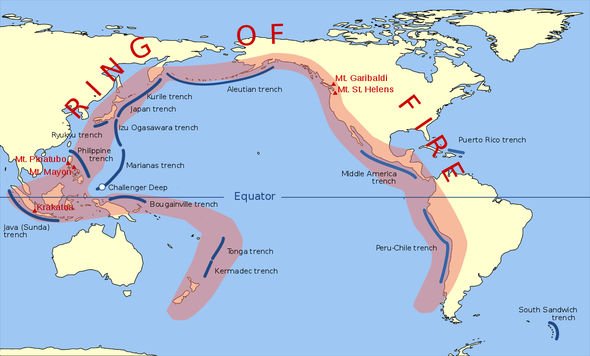 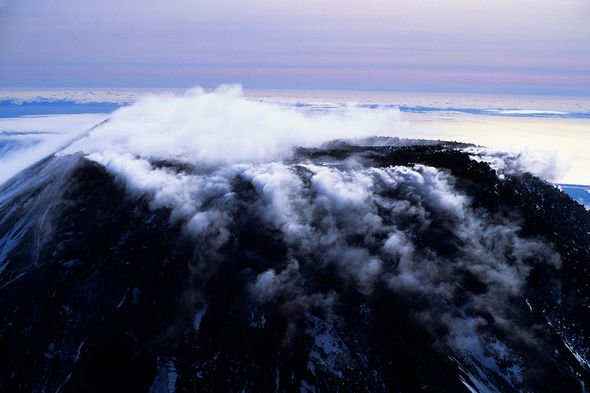 “Police believe that anyone who could have been taken from the island alive was rescued at the time of the evacuation.”

In total 23 people were rescued, police said on Monday, adding that others were still on the island.

Another statement said: “Police (are) working urgently to confirm the exact number of those who have died…” adding a ship would approach the island at first light on Tuesday to further “assess the environment”.

About 50 people, New Zealanders as well as foreign tourists, are believed to have been nearby at the time and several were seen near the rim of the crater minutes before the eruption.

What is the Ring of Fire?

The Ring of Fire is a horseshoe-shaped area in the basin of the Pacific Ocean which is home to 452 volcanoes.

It spans 40,000 km and is associated with a nearly continuous series of oceanic trenches, volcanic arcs, and volcanic belts and plate movements.

All but three of the world’s 25 largest volcanic eruptions of the last 11,700 years occurred at volcanoes in the Ring of Fire.