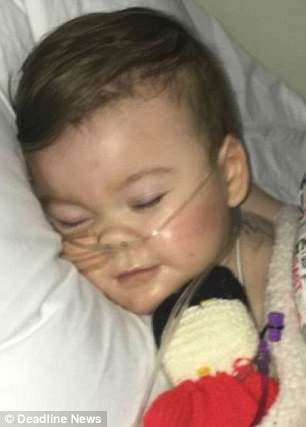 A warehouse worker was sacked yesterday after allegedly making vile jokes about Alfie Evans on social media just hours after the toddler’s death.

The horrific comments were made in a ‘dark humour’ group on Facebook in which the young man appeared to join in a sick discussion with another girl.

The almost 6,000-strong group boasts a ‘no holds barred’ policy that demands ‘snitches’ or anyone too ‘soft’ are reported so they can be booted out.

The young man, thought to be in his early 20s, was apparently frog-marched off his shift after making the disgusting comments, just hours after Alfie, who had a degenerative neurological condition, had died at Alder Hey Hospital in Liverpool.

The comments were soon leaked and shared widely on Facebook among Alfie’s Army supporters, before many reported the man to his employer, iForce.

A spokesperson for iForce said that as soon as the comments were brought to their attention on Sunday the man was marched off the premises and suspended.

The employee has since been sacked from the retail logistics and supply chain management firm for ‘gross misconduct’.

The company spokesperson said: ‘We would like to thank the members of the public who contacted us about the disturbing Facebook posts referring to the sad passing of Alfie Evans.

‘We can confirm that the individual involved in the Facebook postings is no longer an iForce employee. We immediately contacted the police regarding the issue.

The almost 6,000-strong group boasts a ‘no holds barred’ policy that demands ‘snitches’ or anyone too ‘soft’ are reported so they can be booted out 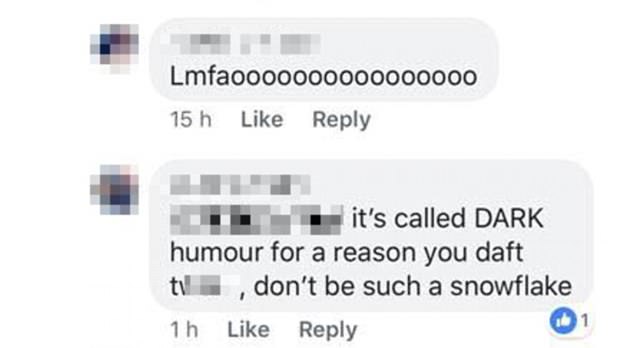 ‘The comments posted on Facebook are obviously not shared by iForce or any of our employees.

‘We would like to take the opportunity to send our sincerest condolences to Alfie’s family at this very sad time.’

MailOnline is choosing not to reveal details of the horrific messages.

iForce’s social media policy booklet reminds staff that what they say on social media ‘is a permanent record, so don’t say anything online that you wouldn’t feel comfortable saying in person.

It goes on to say: ‘Abuse of social media, an example being failure to show respect for others or the organisation, could be considered gross misconduct offence.’

Many Alfie’s Army supporters infiltrated the ‘dark humour’ Facebook group to voice their disgust at the ‘jokes’. Some even tried to establish where the commenters lived in a bid to take revenge.

Mum-of-one Renée Boazman was left in tears when she saw the comments and felt so angry she tracked down one of the commenter’s family members to brand them all ‘sick low lives’.

Renée, 19, from Warwickshire, said: ‘At one point I cried because obviously I have got my daughter and she’s only five months old. The comments make me feel so sad.

‘I do not think there’s a word for what I’m feeling if I’m honest. The whole thing has made me absolutely fuming.

‘I know there are quite a few people who have seen the posts and messaged me saying how vile it is. I reported that page yesterday and all I got was a report saying they have removed a couple of posts but not the whole page. 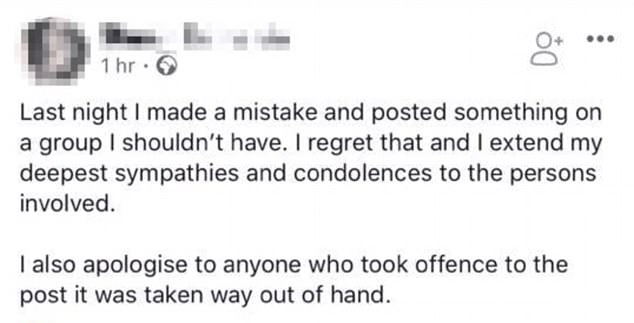 A second young man, who had originally started the thread mocking Alfie’s death, eventually made a public apology on Facebook for any offence he caused

‘I think it’s quite bad that they haven’t removed that page.. Something needs to be done about it.’

The woman who initiated the jokes, also thought to be in her early 20s, defended her comments when contacted by shocked Alfie supporters before she deleted her Facebook profile altogether.

She claimed she would ‘look forward’ to the comments going viral before adding: ‘Lads on there were saying a lot worse than me.’

A second young man, who had originally started the thread mocking Alfie’s death, eventually made a public apology on Facebook for any offence he caused.

He wrote: ‘Last night I made a mistake and posted something on a group I shouldn’t have. I regret that and extend my deepest sympathies and condolence to the persons involved.

‘I apologise to anyone who took offence to the post. It was taken way out of hand.’

He later deleted his entire Facebook page after receiving death threats. Facebook confirmed they are investigating the group to see if it breaches community standards.