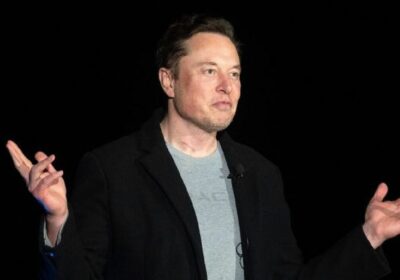 The European Union’s internal market chief said on Tuesday that Elon Musk could adapt Twitter as he wishes after he acquires the social media site but warned the billionaire that the bloc has strict rules for online platforms to tackle illegal content.

Speaking to Politico, he said: “We now have extremely precise rules on digital content. If companies such as Twitter want to benefit from the EU market, they will have to follow these rules.

“I don’t mind what they do outside of Europe. But inside, if they don’t respect the rules, they face fines of 6 percent of their turnover or, for repeat offenders, pure and simple banishment.”

Mr Breton added Mr Musk “will have to respect free speech and have transparent algorithms”.

He added: “But they will also have to moderate content, in all of the EU’s official languages, to remove immediately hate speech and child pornography.

“What’s the rule offline will also be the rule online.”

Asked whether the EU could launch its own version of Twitter, he said: “Europe will now become extremely attractive for innovators, and we will see all sorts of new companies emerging.”

He added: “With the new harmonised rules, the EU will become the biggest digital market in the free world, which is what was lacking. Europe didn’t lack engineers or innovators or funds, it lacked a big attractive unified market.”

Mr Musk, the world’s richest person, calls himself a free speech absolutist and has criticised Twitter’s moderation of a hugely influential platform that is populated by millions of users and global leaders.

Under a Digital Services Act (DSA) agreed by the EU’s 27 member states and lawmakers last week, Alphabet unit Google, Meta and other large online platforms will risk hefty fines if they do not control illegal content.

Mr Breton said big platforms of more than 45 million users would have to have more moderators than smaller ones, including moderators in every European language, and they would have to open their algorithms to regulators.

Under the DSA, big tech companies face fines up to 6 percent of their global revenue for violating the rules while repeated breaches could see them banned from doing business in the EU.

The new rules ban advertising aimed at children or based on religion, gender, race and political opinions.

Critics of Mr Musk’s takeover of Twitter fear it will mean less moderation and the reinstatement of banned individuals, including former US President Donald Trump.

Mr Breton said he had no intention of interfering in the Trump question because such matters would now be regulated in Europe and company boards would not have a say.

“Remember, the information space does not belong to any private company,” he said.