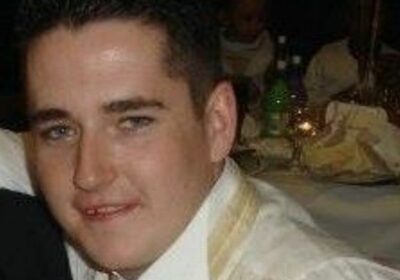 The suspected killers of inmate Robert O’Connor changed their clothes in a separate cell from where they beat him before calmly walking around the prison.

Sources have told how the four men acted as if “nothing had happened” in the aftermath of last Friday’s (August 5) attack in Mountjoy Prison.

The investigation is continuing into O’Connor’s murder after his life-support machine was switched off in Dublin’s Mater Hospital in the early hours of Wednesday morning.

Directly across the road in the jail, four men remained in isolation yesterday and could be moved to separate jails around the country before they are quizzed by gardai.

The men were identified through CCTV which showed them fleeing the cell where O’Connor was viciously beaten on the C2 landing and going into a separate one.

There, they changed their clothes before emerging and walking around the prison.

In the meantime, prison officers responding to the incident tended to O’Connor before he was rushed to hospital.

A source said: “The men believed to be responsible left the scene of the crime and changed clothes in another cell.

“But they walked around afterwards as if nothing had happened, that’s how calm they were.”

The man suspected of stamping on O’Connor’s head is an addict and thief.

Another is linked to the Kinahan cartel and is serving a sentence for firearm possession.

A third is serving a lengthy sentence for an aggravated burglary.

Gardai at Mountjoy Garda Station are probing a number of lines of inquiry, including that the beating was ordered by a well-known hitman, who has worked for the Kinahan cartel and is also in the prison, over an apparent dispute with his own relative and O’Connor outside prison.

Another theory being explored is that O’Connor was targeted in revenge for ordering an assault, but gardai stress they are keeping an open mind.

O’Connor — who suffered a severe bleed to his brain — had only been moved to the C wing from the D section of the prison after being targeted in an assault on Wednesday, July 27.

Earlier that day, the 34-year-old was handed down a six-and-a-half year sentence at the Criminal Courts of Justice for the possession of a loaded pistol.

O’Connor, from Darndale in north Dublin, had been in prison custody on remand for that offence since last October, initially in Cloverhill before he was moved to Mountjoy some months later.

Meanwhile, former governor of Mountjoy Prison John Lonergan said there is a sense that the system has failed when a prisoner is killed.

Lonergan told how attacks are “common”.

He told RTE’s Morning Ireland: “We have failed to carry out our No1 priority, the safety of prisoners, but unfortunately the reality is that you could never guarantee in a prison environment that this will never happen again.”