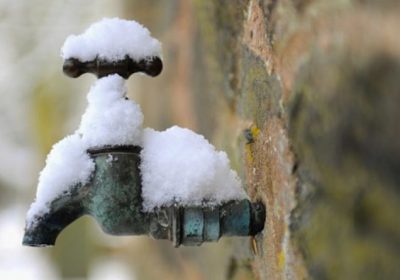 Yorkshire farmer Amanda Owen told Jeremy Vine on 5 she has been left without water after temperatures reached -12C overnight. The farmer said the cold weather was a “complete nightmare” for her family and community as there is no one they can call to sort the issue, she claimed. She said: “Last night it was -12C here. So this morning we lost our water. As you can imagine, it is a complete nightmare.

“We left taps running in the yard last night. But I don’t know whether there’s been a burst, but pretty much it is our problem because it’s spring water.

“There’s nobody at the water board you can ring.

“We have to go up with a spear and see what’s going on.”

It comes as the Met Office was forced to extend its weather warnings for snow and ice for Thursday and Friday this week.

Forecasters have warned icy stretches could lead to disruption across vast swathes of the UK on today (Thursday), with some snow also expected as temperatures plummet.

The forecast said it had updated its existing weather warnings which were in place today “to make this a dual snow/ice warning with the area extended southwards across more of central and southwest England. The warning end time has also been delayed until the end of Friday.”

The warning states: “Showers, a mixture of rain sleet and snow, are expected to fall onto frozen surfaces leading to icy stretches forming. 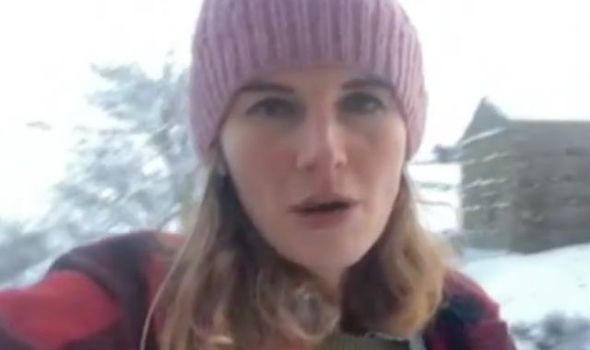 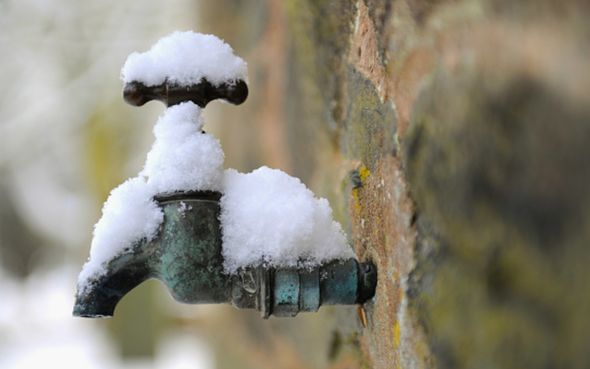 “In addition, a more persistent spell of rain and hill snow is likely to move south across northern England and north Wales during Thursday evening and night.

“This then gradually moving into parts of central and southwest England and southeast Wales on Friday. Whilst ice is expected to be the most widespread hazard, snow is likely in places too.

“Snow is most likely to fall over The Pennines, North York Moors and the high ground of Wales and southwest England, with 2-5 cm possible here.

“Elsewhere, whilst some snowfall is possible, accumulations are likely to be slight and temporary.

“Freezing fog patches are also likely to persist and may prove an additional hazard with areas of visibility less than 100 m at times.”

Forecasters have warned more severe cold snaps are on the way later this month, as cold air outbreaks move in from Scandinavia.

The weather front looks set to spark unsettled conditions, including plummeting temperatures and heavy snow across the whole country, according to the latest weather charts.

The wintry conditions are expected to hit the UK by Tuesday January 19, with a weather chart by Netweather showing snow is forecast for much of Britain.

The map, valid for 6pm, shows much of Scotland and the north of England covered in patches of white and red, indicating between an 80-100 percent risk of snow.

Parts of Wales, Northern Ireland and the Midlands are also covered by the bright colours.

The east of England has a moderate snow risk, as indicated by the yellow and green colourings. 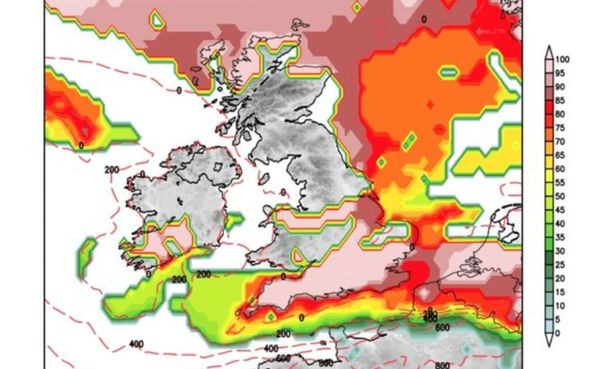 By 6am the next morning the snow risk has increased significantly, with almost the entirety of Scotland, northern England and Wales showing a 100 percent risk of snow.

The Midlands and East of England also have a high chance of snow, as shown by the dark red areas.

As Thursday, January 21, approaches, the snow risk moves southwest with the West country and the south of England expected to be blanketed in snow at 6am.

By 6pm the weather front moves further east, as the snow risk chart shows the whole of the south of England, including the capital, turn white indicating a 100 percent chance of snowfall.

Weather charts also show Friday, January 22 is set to bear the brunt of the wintry conditions.

Snow depth charts by WXCharts show parts of Scotland can expect 7.5inches (19cm) of snow by 6am, while the north of England is forecast to see up to 4.3inches (11cm).

Wales is expected to receive up to 3.5inches (9cm), with the south of England forecast to receive similar amounts of snow, according to the chart.