What happened to climatologist Phil Jones? 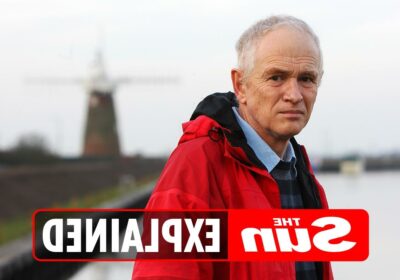 IN a new documentary, The Trick, climatologist Phil Jones will shed light of the 2009 Climategate scandal which saw him accused on falsifying global warming reports.

But what happened to him? Here's what we know.

What happened to Phil Jones?

He temporarily stepped aside from Director of the CRU in November 2009 following a controversy over the emails which were stolen and published.

The House of Commons inquiry concluded that there was no case against Jones for him to answer, and said he should be reinstated in his post.

He was reinstated in July 2010 with the newly created role of Director of Research, after a further review led by Sir Muir Russell found no fault with the "rigour and honesty as scientists" of Jones and his colleagues, although finding that the CRU scientists had not embraced the "spirit of openness" of the Freedom of Information Act.

The university said that the new position was not a demotion and would enable Jones to concentrate on research and "reduce his responsibilities for administration."

What was the 2009 climate scandal?

Twelve years ago, Professor Philip Jones was subject to a barrage of hate mail and death threats that pushed him close to suicide. Emails, hacked from his laboratory, proved climate change research was a fraud, it was claimed.

Now Jones faces a repeat of that grim onslaught when the BBC One film, The Trick, is screened on 18 October. It will tell the story, sympathetically, of his tribulations at the hands of climate change deniers.

Jones was head of the Climatic Research Unit at East Anglia University in Norwich in 2009 when hackers stole thousands of documents and emails from its computers.

Their contents were then carefully selected and used by climate change deniers to promote the idea that scientists were falsely alleging fossil fuel emissions were warming the planet. Subsequent inquiries rejected all these allegations.

“It was a manufactured controversy,” said Owen Sheers, screenwriter of The Trick.

“There was a definite strategy at work and a massive disinformation campaign. Yet, when I talk to those who remember any of it now, most still think a scientist really did get caught tweaking the figures.

“In fact, thousands of documents were stolen and a few extracts were pulled out in an expert way that became the bullets that did the damage,” added Sheers, who is known for books such as The Dust Diaries.

Some experts even claim the furore triggered by Climategate – as the hacking affair was later dubbed – played a key role in the failure of the Copenhagen climate talks in December that year.

What has Phil Jones said about it?

“At the time, the mail was awful.

Everyone was attacking me and I couldn’t deal with it. I got Christmas cards filled with obscenities and, to this day – on the November anniversary of the hacking – I still get a couple of offensive messages,” Jones told the Observer.

“After The Trick is screened I expect there will be a new wave of abuse. However, I accept the risk because this is a story that needs to be told.”