What we know about the Delta variant now in Melbourne 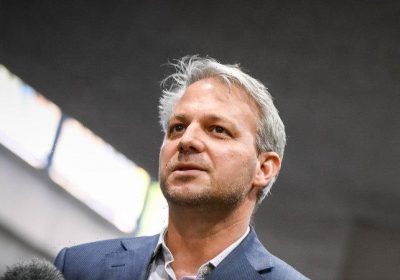 The Delta variant of COVID-19 now in Melbourne is likely more transmissible than other variants of the virus seen so far, but there is no conclusive evidence it causes worse illness in children.

Genomic testing of a family of four who had returned from Jervis Bay in NSW revealed on Friday they had been infected with the new variant.

The cases are unconnected to Melbourne’s current cluster, which is being driven by the less-infectious Kappa variant. 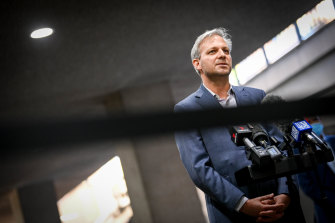 There is some evidence the Delta variant may modestly cut the effectiveness of vaccines.

But human data from Britain suggests both AstraZeneca’s and Pfizer’s vaccines offer protection against the variant after two doses.

Professor Benjamin Howden, director of the microbiological diagnostic unit at the Doherty Institute that first identified the variant in Melbourne, said he was confident it would be quickly brought under control.

“There is no difference in the way it spreads. I don’t think the interventions and the outcomes will be particularly different in controlling this,” Professor Howden said.

“I would be pretty confident, despite even an increase in transmissibility, we can quickly bring this under control.”

Health authorities still don’t know where the source of this variant is – Victoria, NSW or elsewhere. It hasn’t been genomically linked back to coronavirus cases in hotel quarantine.

However, as the Delta variant has spread around the world – it is now the dominant virus in Britain – it has also arrived in great numbers in Australia’s hotel quarantine system.

Data from cov-lineages.org suggests Australia has spotted the Delta variant at least 108 times so far, twice that of Kappa and more often than the Brazilian or South African variants.

The Delta strain is the second variant spotted in India – formerly known as B.1.617.2, until it was renamed this week by the WHO.

In Britain, the variant has quickly outcompeted both the Kappa variant and the well-established Alpha variant, which caused the country’s winter surge.

Cases of Delta are rising in the UK even as cases of Alpha fall; it now makes up about 75 per cent of the country’s cases. 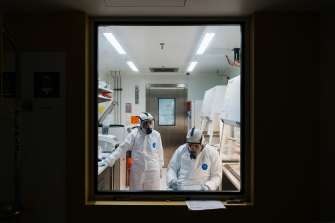 “In the lab under controlled conditions, we do see Delta to be approximately 1.4 times fitter than Kappa,” said associate professor Stuart Turville, who is studying COVID-19 variants at the Kirby Institute in Sydney.

“Whilst this is a laboratory observation, the displacement of Kappa by Delta in India does support it to be a fitter variant in populations where vaccine immunity is low.”

At a news conference on Friday, Chief Health Officer Brett Sutton said there were “some anecdotal reports of greater illness in children as well as greater increased transmissibility in children”.

Professor Howden said he “not aware of that evidence, to date”.

″⁣There may be increased impact in children such as transmission and disease severity, but these are only anecdotal reports and we need more data/evidence before we can draw firm conclusions regarding this”

Professor Howden said there was no possibility of mistaken identity, as the Delta variant was significantly different genetically to the Kappa variant behind Melbourne’s current lockdown.

There was also no possibility that Kappa had mutated into Delta in Melbourne, he said.

Liam Mannix’s Examine newsletter explains and analyses science with a rigorous focus on the evidence. Sign up to get it each week.