Home » World News » Who is Matt Hancock and is the health secretary married? – The Sun

Who is Matt Hancock and is the health secretary married? – The Sun

MATT Hancock is leading Britain's fight against coronavirus as health secretary – and even beat the deadly bug himself earlier this year.

Here's everything you need to know about about the politician. 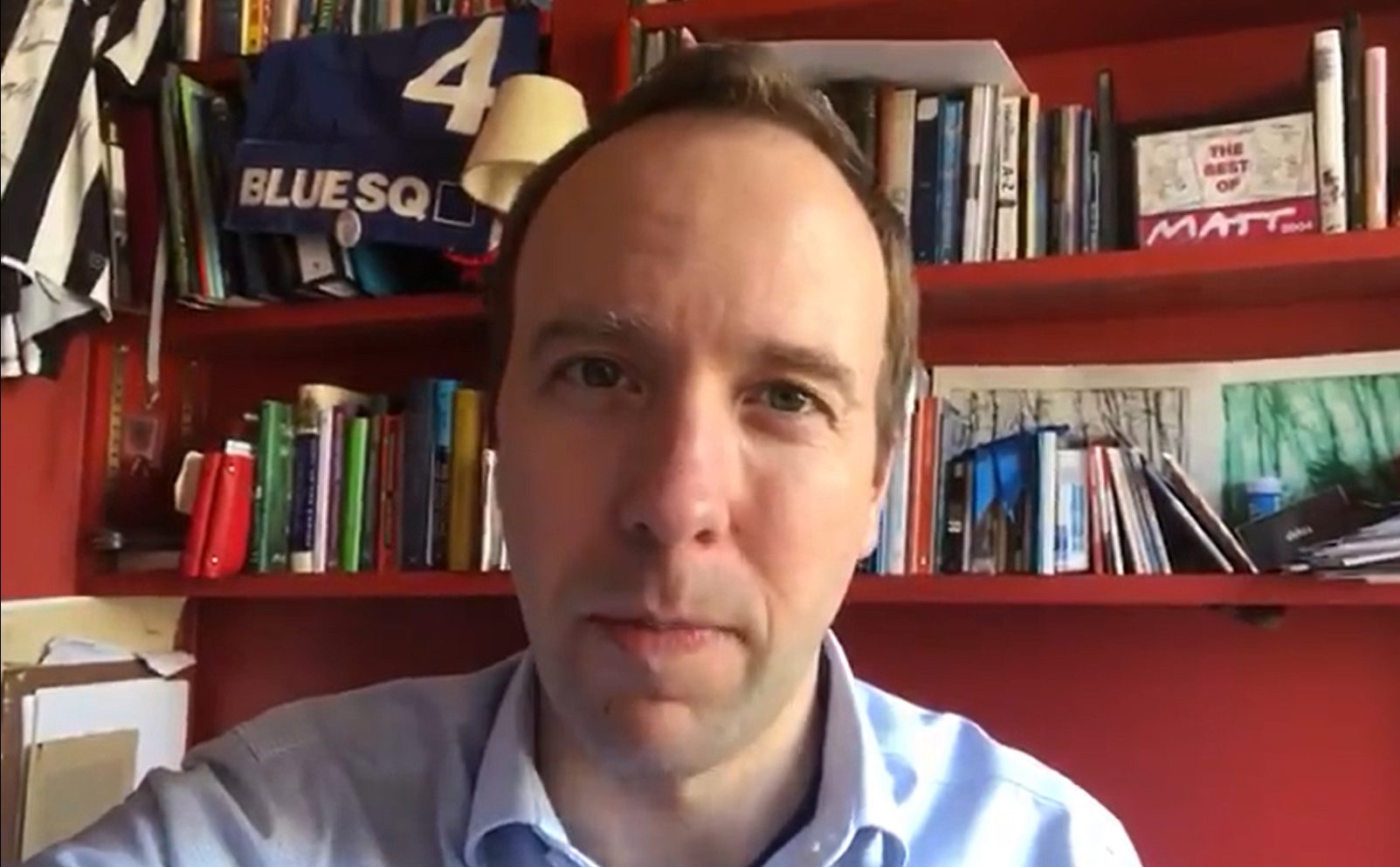 Did Matt Hancock have coronavirus?

Matt Hancock had coronavirus in March, but after seven days self-isolating and working from home he had recovered by April 2 in time to announce a new testing plan for the deadly bug.

On March 31, Hancock told the BBC he was "on the mend" and said his symptoms has been mild.

"It's hard to extrapolate from one person, but the good news for me is I was lucky and it wasn't too bad," he told BBC Radio.

He tweeted: "Following medical advice, I was advised to test for #Coronavirus.

"Vital we follow the advice to protect our NHS & save lives."

Who is Matt Hancock?

He was an first an economist, then became the economic advisor at the Bank Of England.

Mr Hancock entered the field of politics as the chief of staff to George Osborne, the shadow chancellor at the time.

Since then, he rose through the ranks to become health secretary in July 2018.

His ambitions didn't stop there and in July 25, 2019, he announced that he was going to stand to become leader of the Conservative Party.

This dream was short-lived and after finishing sixth in the first round of voting, he withdrew from the race. 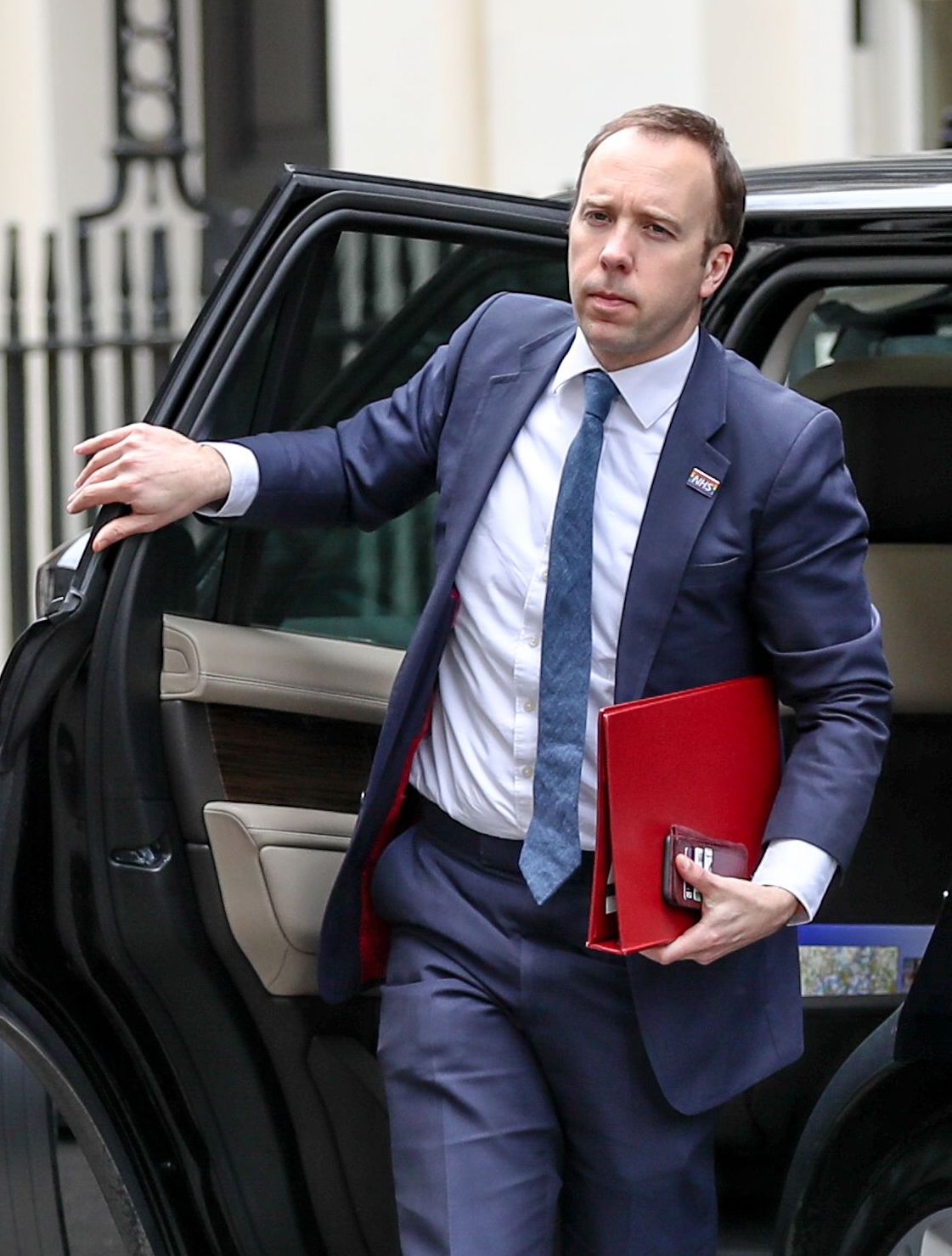 What constituency does he represent?

Hancock was first elected as MP for West Suffolk in 2010.

From 2013 to 2016 he served in David Cameron's government in a number of junior and middle-ranking ministerial roles, including skills minister and paymaster general.

Theresa May made him a junior minister in the culture department in July 2016.

In the January 2018 reshuffle he was promoted to Secretary of State for Digital, Culture, Media and Sport.

Who is Matt Hancock's wife? 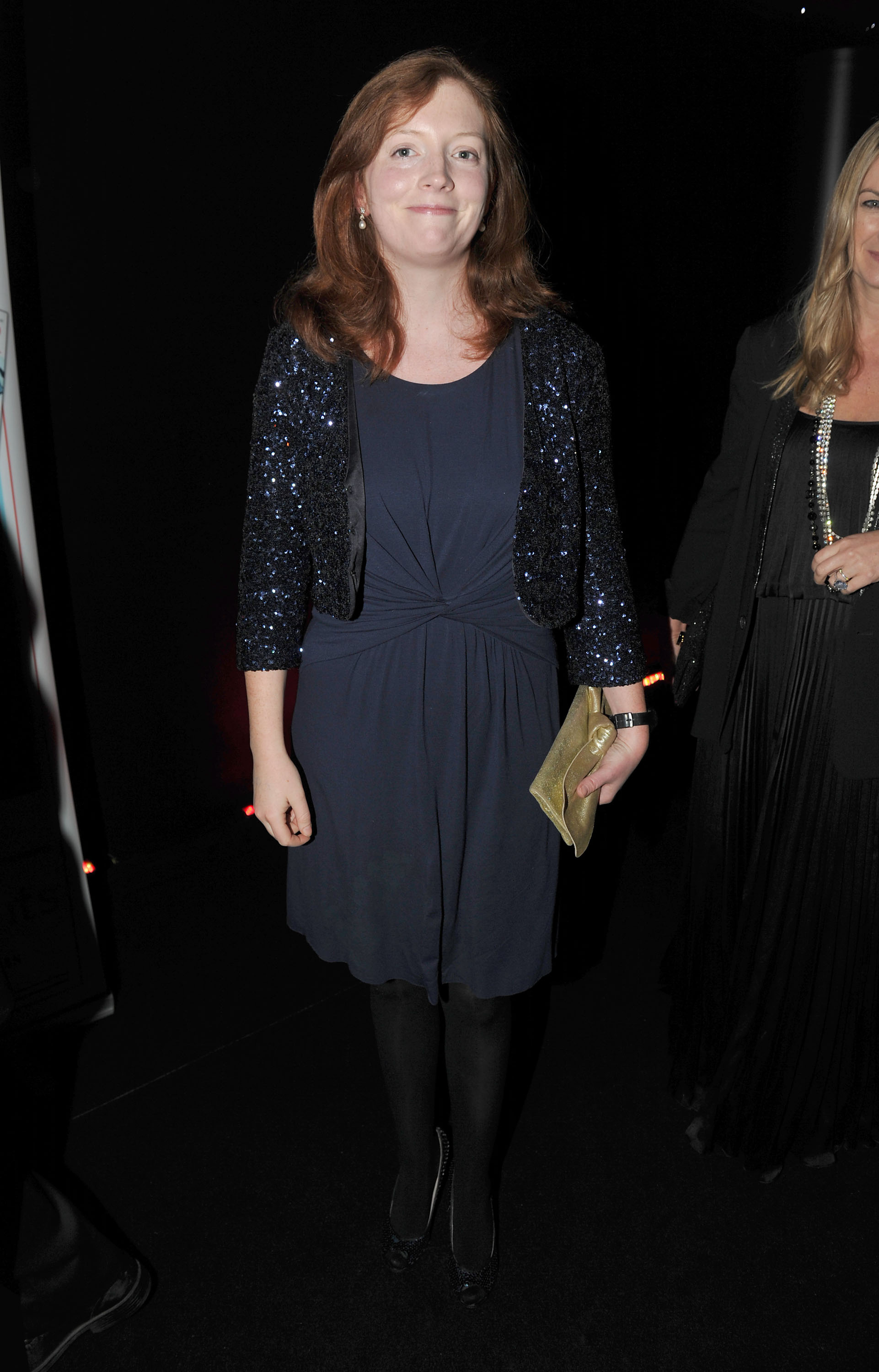 Hancock has three young children with his wife, Martha, who is an osteopath.

According to the Financial Times, the Hancock family decamps from London to his Newmarket constituency home at weekends, so his "work-life balance is a challenge".

He said: “I pay a lot of attention to timetabling. Both my professional and social and family time gets booked up a long way in advance and then you have to be strict about it.”

His website says he is the first MP in modern times to win a horse race after riding to victory at Newmarket in August 2012.

He also claims to have played the most northerly game of cricket on record, and succumbed to frostbite en route to the Pole. 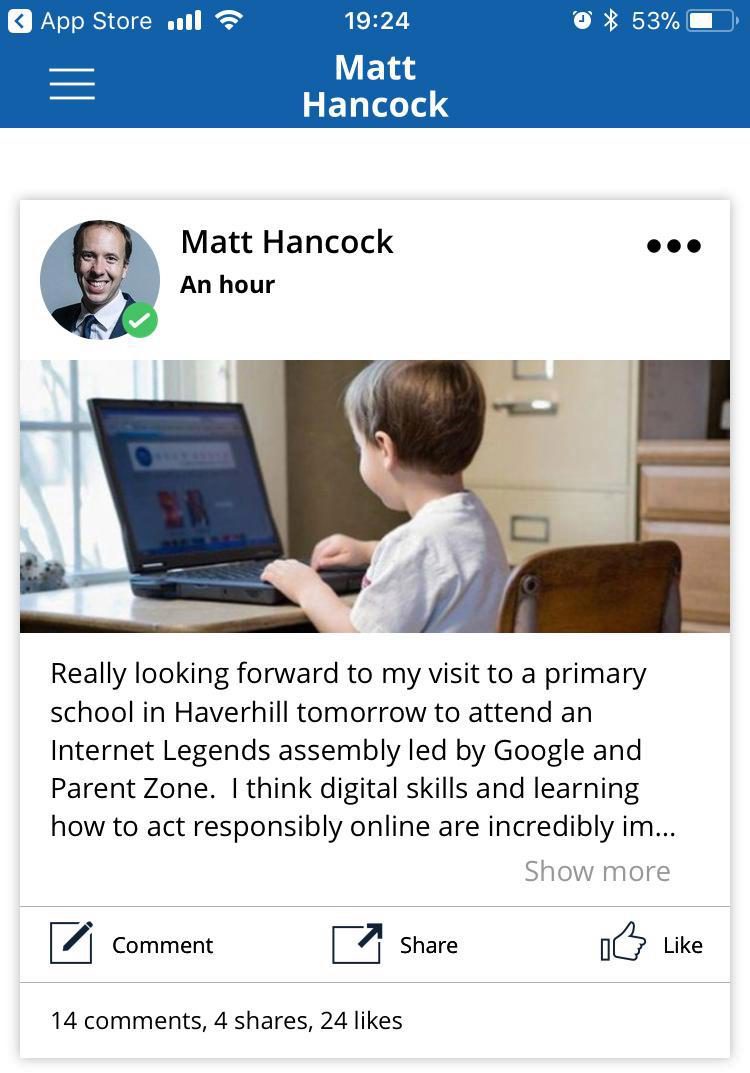 What is the Matt Hancock app?

In February 2018, the minister launched an app – called Matt Hancock – on the iOS and Android platforms.

It is packed with cringeworthy posts advertising the MP's constituency activities and encouraging the public to connect with him.

Fans who join up are met with a video message from the minister.

They can then view a large gallery of pictures and videos of Mr Hancock, updates about his work, and an archive of his speeches.

People can also get in touch with each other, and users were quick to point out this feature of the app is almost identical to Facebook.

Within hours the app was swamped with jokers and fake profiles with names such as Donald Trump and Theresa May.

Users compared it to a scene from The Thick Of It, and even his parliamentary colleagues began taking the mick.

One Twitter user joked: "I actually met my girlfriend on the Matt Hancock app but we tell people we met at a bar."

Mr Hancock was forced to post a message insisting the service was "aimed at my West Suffolk constituents".

Users downloading it on iPhones said it was accessing their photos and data even after they refused it permission to do so.

Mr Hancock denied the app had a bug, saying it had been fully certified by Apple.