Why being in a psych ward is nothing like the movies 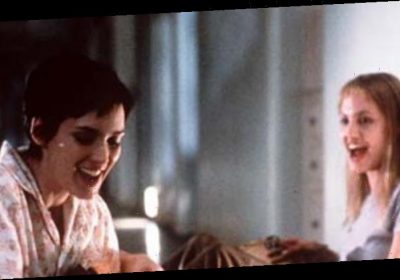 Where the hell are Winona Ryder and Angelina Jolie?

Sitting in my tracksuit pants and a fraying t-shirt, I am taking a drag off a contraband cigarette, smuggled in by my boyfriend. My brittle hair is forming an unintentional dreadlock at the back of my head and my sallow face resembles a bowl of porridge. As I look around the psych ward courtyard, most of the patients look similar. No cool girls’ club, no edgy back stories, no fashionable band of misfits. In fact, nothing about being in a psych ward is cool. 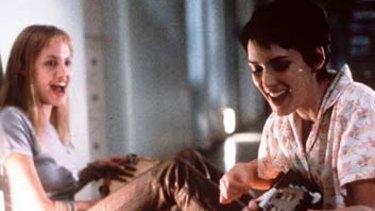 Winona Ryder and Angelina Jolie in the film Girl, Interrupted.

No shade on Girl, Interrupted – even though that was based on a real lived experience. Who would play me if my story was adapted for the screen, I wonder?

I was here due to a suicide attempt. My mental health had been severely declining since last year, and was brutally compounded by the pandemic and isolation. My complex PTSD was throwing a party the size of Coachella, intent on taking me with it.

Suicide is not romantic at all, contrary to how it’s portrayed in TV shows like 13 Reasons Why. There is no willowy protagonist drifting off to the other side of the veil, no swelling score to soundtrack your movements. An attempt to end your life isn’t a stylised music video involving a tortured beauty struggling with choreographed precision. It is an urge to escape a life that is simply not livable anymore. 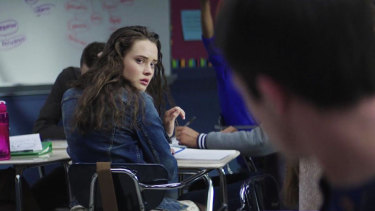 Of course, as the saying goes, things change. But wondering when that will be, or even imagining any change at all, can be very hard.

I came from a place of privilege – a steady job, supportive partner and friends, mental health professionals I could reach out to. But what about those who are less well off? How do you form a suicide prevention plan when you can’t afford to see a doctor? How do you find out which medication will work if you can’t afford to see a psychiatrist? Is the psych ward closest to you the best option if you’re queer or a person of colour?

The public health system is woefully neglected, especially in the mental health sector. There are simply not enough beds for those in need. Only too recently, 28-year-old Bridget Flack – beloved figure of her community – was seeking psychiatric care in Melbourne before she took her own life. It’s important to note that finding a safe space for people in the LGBT+ community is often fraught with complications.

I light another cigarette.

I look over at Kelly (not her real name), one of the patients who has schizophrenia. She moves gently up and down the courtyard talking to herself. I think about how people with schizophrenia or dissociative identity disorder are so often portrayed in films as serial killers (such as Split) or gifted geniuses (A Beautiful Mind) but rarely anything else. Why is it that if you’re mentally ill, you’re either a hero or a monster? 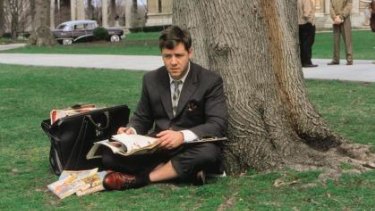 Russell Crowe in A Beautiful Mind.

Kelly catches my eye and stops and smiles. I smile and wave, holding out the cigarette. She sits down next to me and takes a drag. We talk about her parents possibly visiting her soon. She wants to go home and has been thinking of ways to escape from here. She hands back the now dying smoky nub and resumes her pacing.

I might be preaching to the choir here if you’ve made it this far, reader. But gosh, this past year was one marked with mass collective trauma, wasn’t it? Thanks to this pandemic, almost everyone got a taste of what it feels like to be mentally unwell. A little amuse-bouche if you will, of the more complex things a brain can throw at you. The need for funding in this sector has never been more urgent or apparent, so this is a time for not only action but empathy. 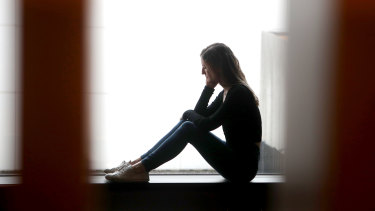 “The need for funding in the mental health sector has never been more urgent or apparent.”Credit:Sylvia Liber

The discourse around mental illness portrayal is complicated and Hollywood prefers bold strokes, tending to either demonise or glamourise. But all the shades in between are where the real stories lie. I fall somewhere between the tropes and many of the other patients here more so. They often come from backgrounds of homelessness, abuse, addiction – even a jaunt or two in jail. All the stuff no one wants to talk about. The stigma around mental illness is still very real.

And with that thought, I have finished my cigarette. I stub it out as the nurses call for breakfast.

It’s going to be a long day.

Alice Amsel is a Melbourne writer.