Why the Board of Elections remains a regular disaster 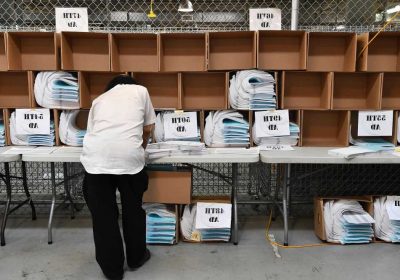 All in the family: Lawmaker who oversees Elex Board has 4 members on payroll

Summer’s a bummer for socialists in denial: Goodwin

If you wonder why the city Board of Elections never seems to stop screwing up, realize that the foxes are guarding the henhouse: The very politicians who are supposed to oversee it use it as a patronage mill, so that the handful of truly professional staff can’t keep things rolling smoothly.

For example: It’s no mere coincidence that four family members of Assemblywoman Latrice Walker (D-B’klyn), who chairs the Assembly’s Election Law Committee, are current or former employees of the agency.

Jonathan Anderson, who reportedly shares a child with Walker, has been a “temporary clerk” for the organization, making as much as $25,000 a year in the part-time side gig. Three other members of the Anderson family have scored BOE jobs, with two acting as clerks and one a voting-machine technician.

This is just the tip of a huge iceberg: The city BOE (and many others around the state) is packed with patronage hires; indeed it’s one of the last remaining places that the county Democratic and Republican parties can, under the state Constitution, make hires simply to take care of some functionary’s friends, family and political allies.

Walker, meanwhile, just used her chairmanship to stage a hearing focused not on widespread calls for BOE reform, in the wake of its recent botching of a preliminary count in the Democratic mayoral primary, but on her allies’ attacks on the new ranked-choice voting system.

In short: Real BOE reform won’t be easy unless it comes with some change that gives the insiders some other way to get jobs for their friends and family.