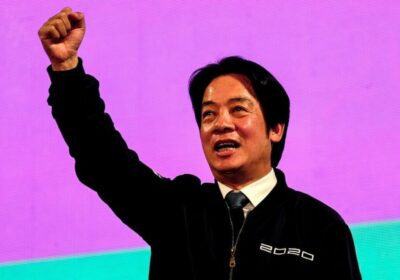 William Lai has urged Taiwanese people to unite in the face of “the expansion of China’s authoritarianism”, a news report has claimed. The statement comes days after he was elected head of the ruling party in a move that makes him a prime presidential contender at the next election.

Mr Lai, 63, is seen as a likely successor to President Tsai Ing-wen, who is barred from running again after her second four-year term ends in May 2024.

He urged Taiwanese people to unite in the face of “the expansion of China’s authoritarianism”, saying that “only by uniting all people and strengthening our defence capabilities can we truly protect our security”.

The front-runner to become the Democratic Progressive Party’s presidential candidate is known as a fierce defender of Taiwan’s self-governing status – a popular stance for much of the island’s electorate.

However, Lai faces a massive challenge in preparing for the big vote, if he indeed makes it that far.

Mr Lai said on Wednesday there was no need to declare independence because Taiwan was “already a sovereign country”, echoing previous comments by Tsai.

Presidential and national legislative elections are scheduled to take place next January.

President Tsai Ing-wen, who stepped down as party chair after her party suffered losses in elections in November, cannot run again due to constitutional term limits.

He has been Taiwan’s vice president for the past three years.

In his first appearance as Tsai’s premier, at the legislature in 2017, Lai declared: “I am a political worker for Taiwan independence.”

He later amended that and said: “We are already an independent sovereign nation called the Republic of China.

“We don’t need a separate declaration of independence.”