Woman, 23, and her boyfriend, 51, charged with Sydney Loofe’s murder Woman, 23, and her boyfriend, 51, ‘bought tools to dismember their Tinder date hours BEFORE strangling her with an extension cord’ and then claimed she suffocated in group sex gone wrong

A Nebraska couple bought the tools that police believe they used to dismember their Tinder date hours before they allegedly strangled her to death with an extension cord.

Sydney Loofe, of Lincoln, was still alive when the couple were caught on store surveillance video buying the tools, prosecutors allege in newly unsealed court documents.

Aubrey Trail, 51, and Bailey Boswell, 23, appeared in Saline County Court on Tuesday to face charges of first-degree murder and the improper disposal of human skeletal remains in the killing of 24-year-old Loofe. 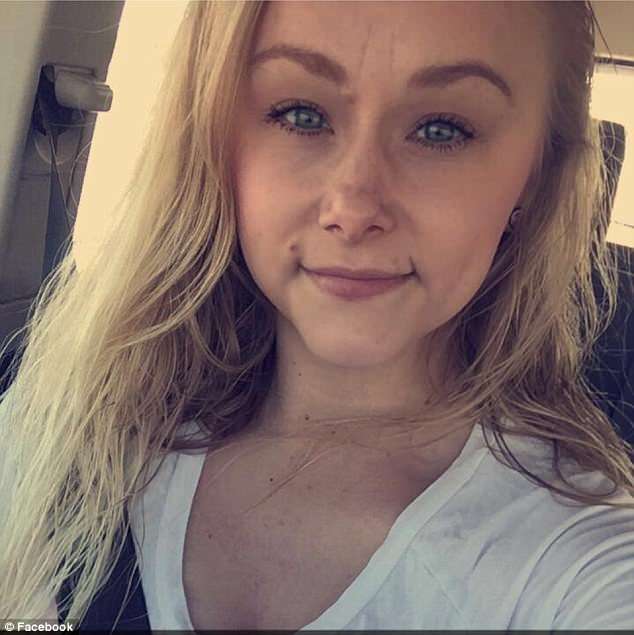 Sydney Loofe, 24, was found dead in December in Nebraska about a month after she disappeared

Since he and Boswell were arrested weeks after Loofe’s disappearance in November, Trail has told several news outlets that her death was accidental, though he didn’t elaborate.

In the unsealed arrest affidavit, though, investigators said Trail and Boswell were captured on video at a Home Depot in Lincoln on November 15 buying tools used to dismember Loofe, hours before her death and while she was still at work.

Authorities say Loofe met Boswell through the Tinder dating app and that they went on a date November 14 and planned a second one for the following night.

Loofe’s mother reported her missing on November 16, and her dismembered body was found in December stuffed into garbage bags that had been dumped in a field near Edgar, about 90 miles southwest of Lincoln. 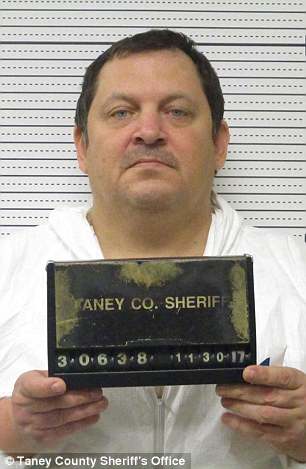 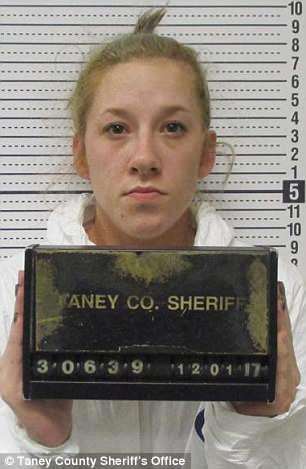 In the newly unsealed documents, prosecutors allege that Trail told investigators he strangled Sydney Loofe with an extension cord.

Investigators believe Boswell, who lived with Trail in Wilber, helped Trail dismember Loofe and get rid of her remains.

Trail and Boswell were quickly named as people of interest in the case and were arrested in late November in Branson, Missouri, on unrelated fraud charges.

They have been held in the Saline County jail since then, though the charges in Loofe’s death weren’t announced until Monday.

Authorities haven’t suggested a motive for the killing.

The Nebraska Attorney General’s office, which is prosecuting the case, said it is considering seeking the death penalty. 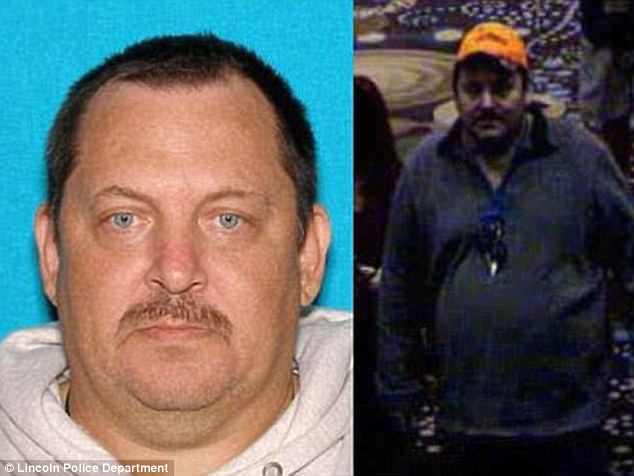 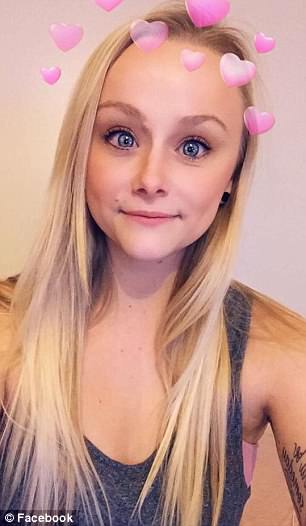 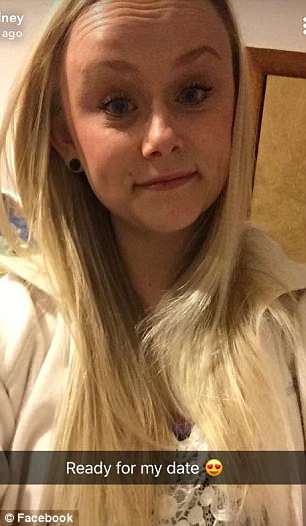 Loofe, 24, had met Boswell on the dating app Tinder. The photo on the right is a Snapchat she had posted the day before she was killed

Loofe’s parents, George and Susie, have not spoken to the media about the 24-year-old cashier’s death but posted on the Celebrating Sydney Loofe Facebook page that she was often ‘lonely’ even though she had a lot of friends.

‘She was looking for that one special person with whom she could spend time. She took to Tinder to look for that person and unfortunately, found someone that had nothing but evil plans for her,’ George and Susie wrote.

During a February interview with the Omaha World-Herald Trail said that Loofe was a willing participant in a sexual fantasy with himself and two other women.

Trail said his girlfriend, Boswell, was high on drugs and in another room when Loofe died.

Trail told the outlet that Loofe was accidentally suffocated during the sex act. He said there had been something around her neck.

‘It was suffocation. It happened in Saline County,’ he said. 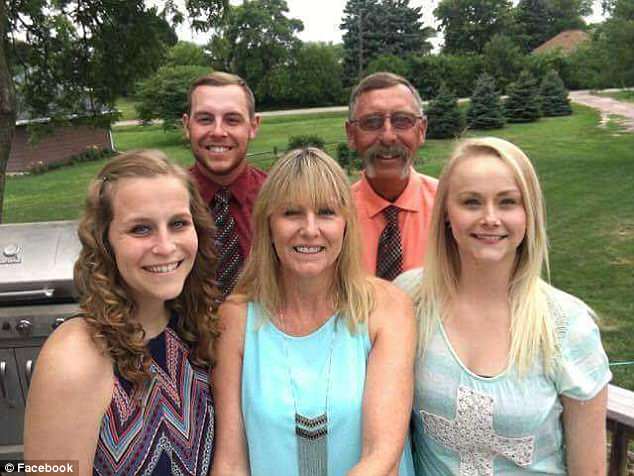 Sydney Loofe is pictured on the right with her mom Susie, sister MacKenzie, father George and brother Levi

‘It wasn’t supposed to go to the extreme it went, of course not. It wasn’t meant that she was to die.’

Trail also told the outlet that he thought he deserved to die for what he had done.

‘A life for a life — that’s the rules in my world. I should be put to death,’ he told Omaha World-Herald.

Before the confession, both Trail and Boswell had posted a video online denying their involvement in the woman’s disappearance. Loofe was found dead in December near Edgar, south-west of Omaha, about a month after she disappeared.

Loofe graduated from Neligh-Oakdale High School in 2011, where her father works as the principal. While in school, she played basketball, volleyball and golf. She was also in the school band.

Following her graduation, she moved to Lincoln where she took a job as a cashier for the home improvement store Menards. She has two siblings, a brother Levi and a sister MacKenzie.