Home » World News » Woman, 33, who punched a court usher is jailed for a year

Woman, 33, who punched a court usher is jailed for a year Woman, 33, who punched a court usher and tried to headbutt a police officer when she was ‘kept waiting’ for her case to be called on is jailed for a year

A woman who punched a court usher when she was ‘kept waiting’ for her case to be called on has been jailed for a year.

Kimberley Walker, 33, had been waiting at Blackpool Magistrates’ Court when the female usher came to collect her.

As she did so, Walker launched at the woman, punching her to the right side of the face, knocking her glasses off and causing some bruising. 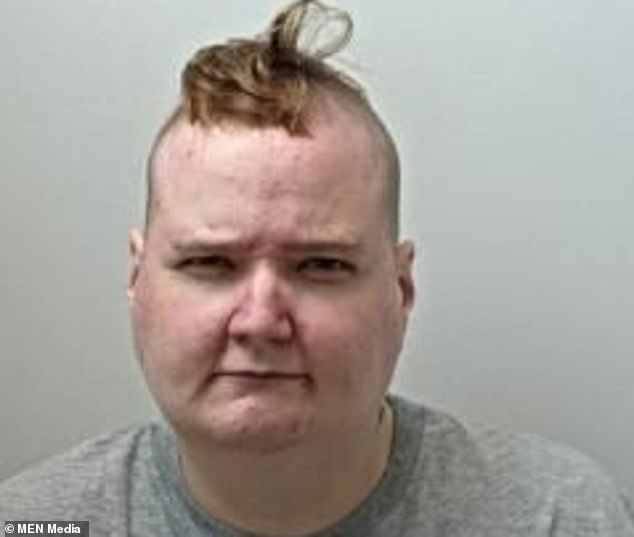 Kimberley Walker, 33, had been waiting at Blackpool Magistrates’ Court when the female usher came to collect her

Security officers were called to escort her out of the building, yet as they did so, she spat in one of the guards’ faces, Manchester Magistrates Court heard.

After being arrested, Walker, of Blackpool, tried to head butt one police officer, then kicked the other officer in the chest.

Pleading guilty to two offences of assaulting an emergency worker, an offence of assault by beating and an offence of common assault, Walker was sentenced to a total of 56 weeks imprisonment.

Sentencing her, District Judge Jack McGarva said: ‘In my experience usher’s are invariably helpful, very overworked and get the brunt of it from people like you.

‘Part of my job is to protect them and I’ll certainly do that.’

Outlining the facts, prosecutor Nick Smart said that on August 11 this year at 2.45pm, a court usher told Walker that the District Judge was ready to see her about her case.

‘She punched the usher on the right side of her face, knocking her glasses off and causing bruising to her face,’ Mr Smart said.

‘As she was escorted out of the court building, she spat in a security guard’s face.

‘She was arrested and placed in handcuffs and as she was being escorted to the stairs at the rear of the court building to wait for a secure van she attempted to head-butt one officer and kicked the other in the chest.’

Walker was said to have many previous convictions including common assaults and offences of a similar nature on her record.

In mitigation, her defence lawyer Avisha Gulhati said: ‘It does seem to be a one-off.

‘She was frustrated waiting there all afternoon and didn’t think.

‘She didn’t think about her behaviour on that day.

‘In respect of the spitting, she tells me she was being held onto by her collar – she didn’t make the confrontation.

What are the latest coronavirus figures for where you live? Find out by adding your postcode.

‘I asked if there were any mental health issues and she said no, though she did receive a hospital order in 2007.

‘It’s not clear why she was at Blackpool Magistrates Court. 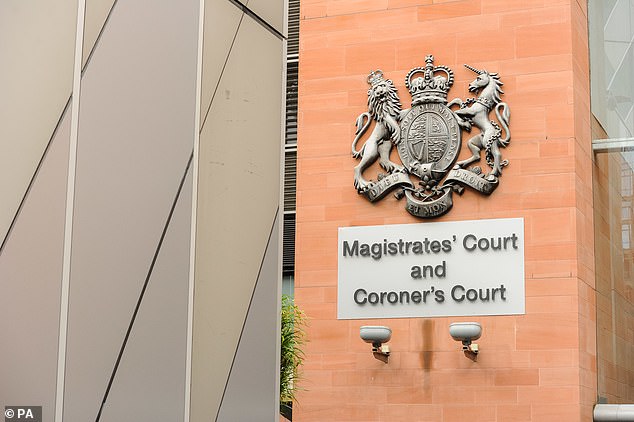 Security officers were called to escort her out of the building, yet as they did so, she spat in one of the guards’ faces, Manchester Magistrates Court heard

‘I believe she was at the Magistrates Court for a breach of a post sentence supervision.’

Sentencing her, District Judge McGarva said: ‘You have pleaded guilty to four offences which puts you in breach of a suspended sentence.

‘These are very serious offences.

‘All four offences cross the custody threshold, because of the location of the offence and the use of violence against officers in court.

‘I am particularly concerned about the assault of the usher.’

Walker had a suspended sentence of 16 weeks activated, along with 20 weeks imprisonment for both offences of assaulting an emergency worker to run consecutively.

She was also sentenced to ten weeks imprisonment for the assault on the usher which will run concurrently. She must also pay £156 victim surcharge.