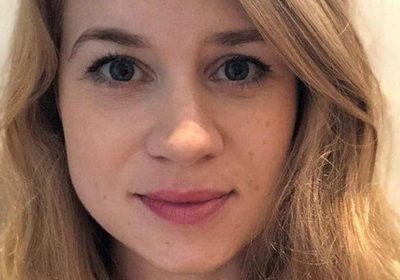 A woman arrested in connection with the death of Sarah Everard faces no further action, the Met Police have said.

Ms Everard's body was found in woodland in Kent more than a week after she was last seen in south London.

The woman, in her 30s, was arrested on March 9 on suspicion of assisting an offender and had been bailed until early June.

The Met on Wednesday said she had been "released with no further action" being taken.

It comes after Metropolitan Police officer Wayne Couzens has pleaded guilty to the kidnap and rape of Ms Everard.

The 48-year-old, who is married with two children, was arrested in March after the 33-year-old disappeared while walking home to Brixton from Clapham in south London.

Police launched a major investigation, and her remains were found a week later in woodland in Kent.

They had been disposed of inside a large builder's bag, and had to be identified through her dental records.

Couzens, from Deal in Kent, also accepted responsibility for the killing of Ms Everard at the Old Bailey, but was not asked to enter a plea to a charge of murder.

Couzens was wearing khaki trousers and a grey sweatshirt as he appeared by video link from Belmarsh jail.

He pleaded guilty to kidnapping Ms Everard "unlawfully and by force or fraud" on March 3.

He also pleaded guilty to a second charge of rape between March 2 and 10.

Couzens was not asked to enter a plea to her murder between March 2 and 10.

The defendant said: "Guilty, sir" when asked for his plea to the first two charges.

Members of Ms Everard's family sat in court to witness the defendant enter his pleas, with a further hearing before Lord Justice Fulford due to take place on July 9.

The marketing executive vanished on the night of March 3, leading to appeals from her friends and family.

Ms Everard was reported missing the next day after failing to meet up with her boyfriend.

Last week, a post-mortem examination found she had died from compression of the neck.

Ms Everard's body was afterwards released to her family so the funeral could take place.

Couzens worked on the Parliamentary and Diplomatic Protection Command unit of the Met Police.

Ms Everard’s family earlier paid tribute in a statement, saying: “Sarah was bright and beautiful – a wonderful daughter and sister.

"She was kind and thoughtful, caring and dependable. She always put others first and had the most amazing sense of humour.

“She was strong and principled and a shining example to us all. We are very proud of her and she brought so much joy to our lives.

“We would like to thank our friends and family for all their support during this awful time and we would especially like to thank Sarah’s friends who are working tirelessly to help.”