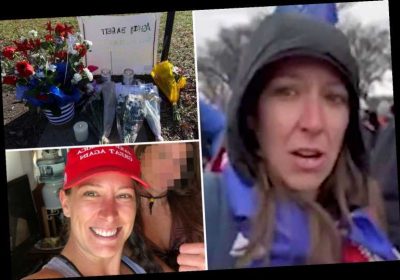 THE Air Force veteran fatally shot in the US Capitol riots was a Barack Obama voter before turning to Donald Trump over her hatred of Hillary Clinton, says a report.

Ashli Babbitt, 35, raved about voting for Obama, calling him “our President” and saying that he had done “great things”, according to an investigation.

⚠️ Read our US election live blog for the latest news & updates 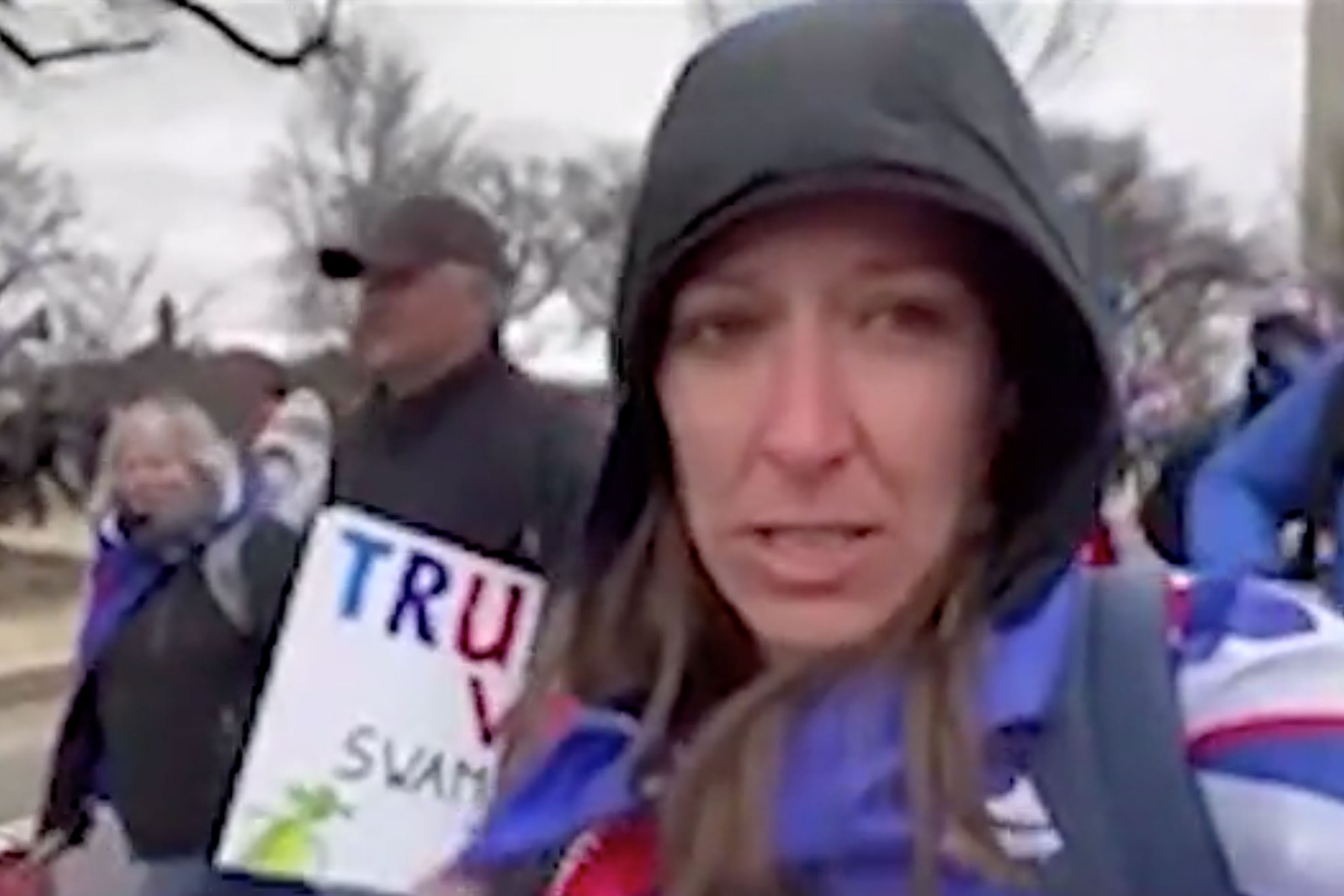 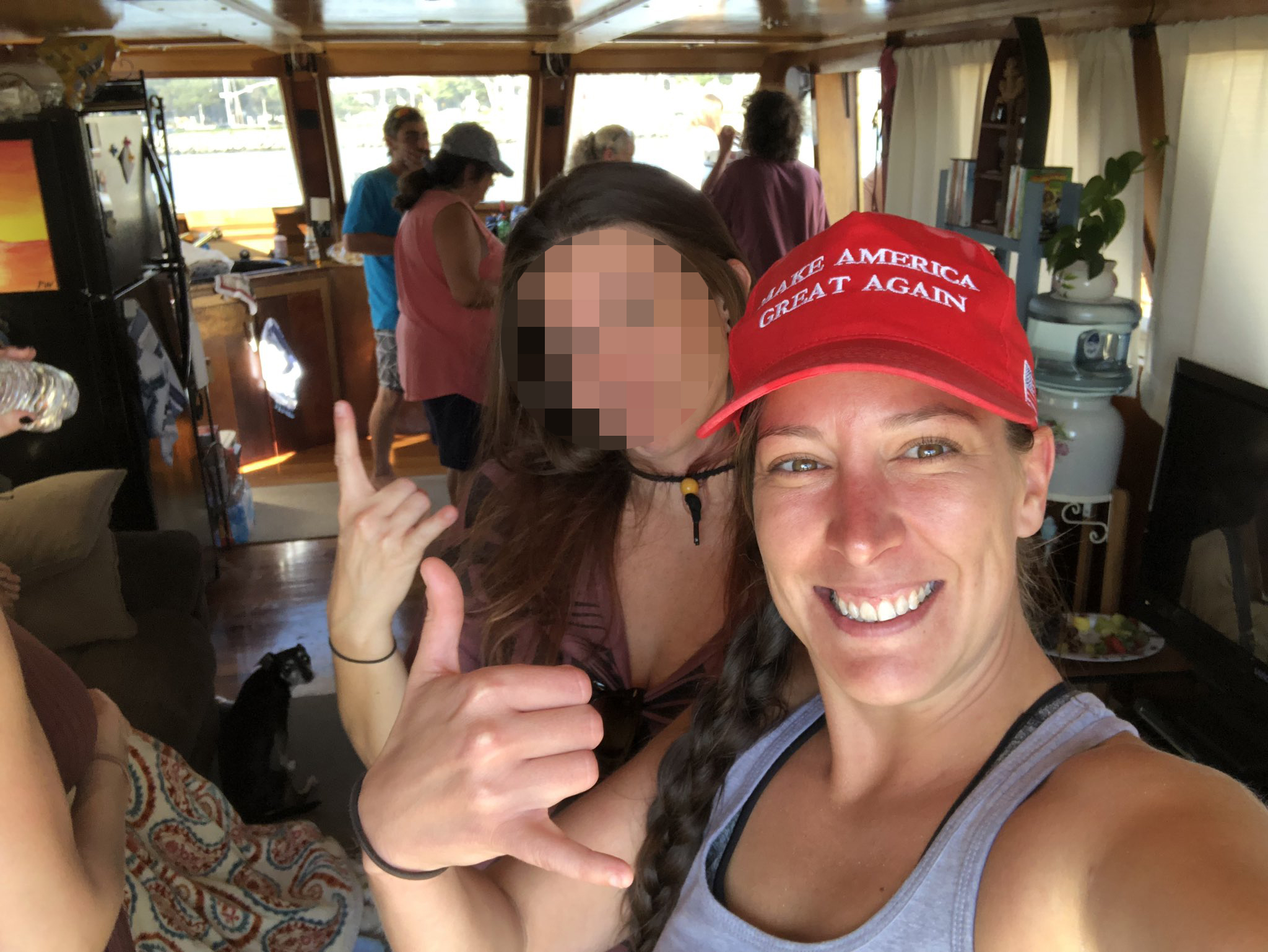 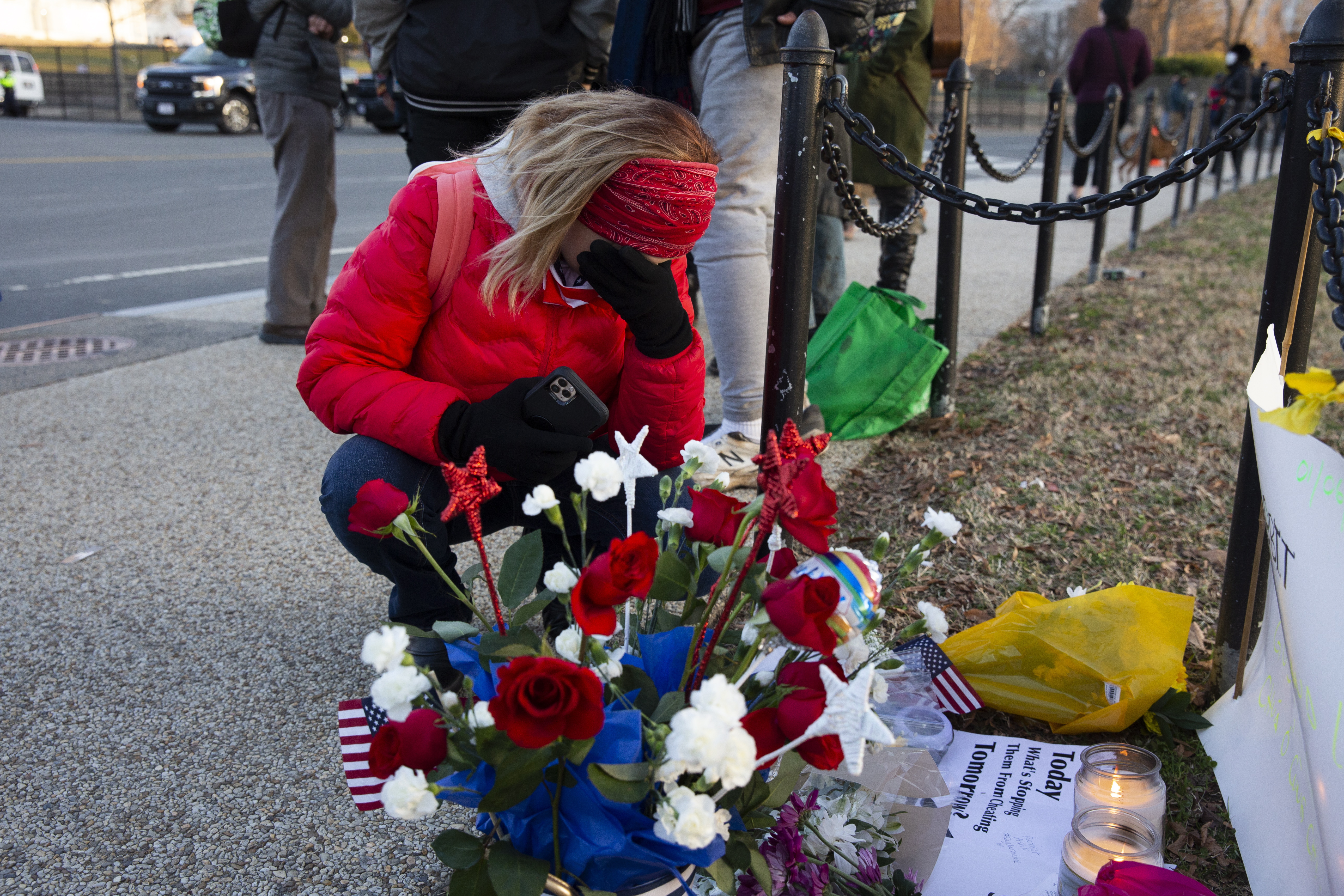 Babbit was shot dead by police during Wednesday’s siege of the U.S. Capitol.

But, according to investigative website Bellingcat, "over the past five years, a potent MAGA online subculture appears to have transformed this former Obama voter".

"The story of her political awakening is well told through her activity on Twitter," Bellingcat explains.

Looking back from that fateful riot at the Capital "shows an ideological journey that saw her travel from stating she had backed President Barack Obama to engaging in damaging right-wing conspiracy theories", it says.

Bellingcat looked at Babbitt’s social media footprint, as well as other open source information, to trace her change of heart and political stance.

"While Babbitt was described to San Diego news stations as a patriot by her husband and 'loyal and extremely passionate' by her brother-in-law, her social media history details engagement with some of the darker sentiments circulating in online right-wing and pro-Trump circles in recent years," it says.

Asked in 2018 whether she had previously supported Obama, she replied on Twitter: "F*** yes I did… he was our president dude… I love America…I think Obama did great things… I think he jacked some s*** up but I think he did do a lot of good at a time where we needed him.

"I voted for him! And I voted for Trump. I could not vote for Hillary."

When Clinton was running for President back in 2016, Americanswere "exceptionally angry with their political establishment", writes CNN.

Many saw the then President Obama and members of Congress "as having failed to deliver on their promises of a better nation" and Clinton – maligned as 'Crooked Hillary' by Trump, bore the brunt of that deep-rooted anger.

Bellingcat adds that, "by that time, Babbitt was describing herself on her Twitter page as a hardcore liberatarian, and tweeted messages of support to political figures like Senator Rand Paul, Meghan McCain, Tucker Carlson, and Candace Owens".

But, by 2019, "her Twitter feed struck a more explicit anti-establishment tone.

"That September, Babbitt wrote about a “political global ring/Hollywood/elite”.

And then, two months on, Babbitt's posts "became more conspiratorial, lambasting the media and 'elites’' involvement in human trafficking.

"She had yet to mention QAnon, but did refer to the Pizzagate conspiracy theory."

A baseless rumor was circulated in 2016 that Hillary Clinton and other Democrats were heading up a child sex-trafficking ring out of a Washington pizzeria.

The conspiracy theory originated on 4chan and was based on emails hacked from the Democratic Party and published by Wikileaks.

It was only in March 2020 that Babbitt first used the term QAnon and started retweeting major QAnon Twitter accounts.

QAnon, the right-wing group, bizarrely believe cannibals and pedophiles secretly control the world and have been involved in a number of violent incidents.

"Like nearly all QAnon followers, she believed the election results were rigged and that Trump had won, but that wasn’t Babbitt’s only motivation to attend the January 6 rally.

"She first announced she’d be in attendance by replying to a post that reads, 'We will not let the children be forgotten'," says Bellingcat. 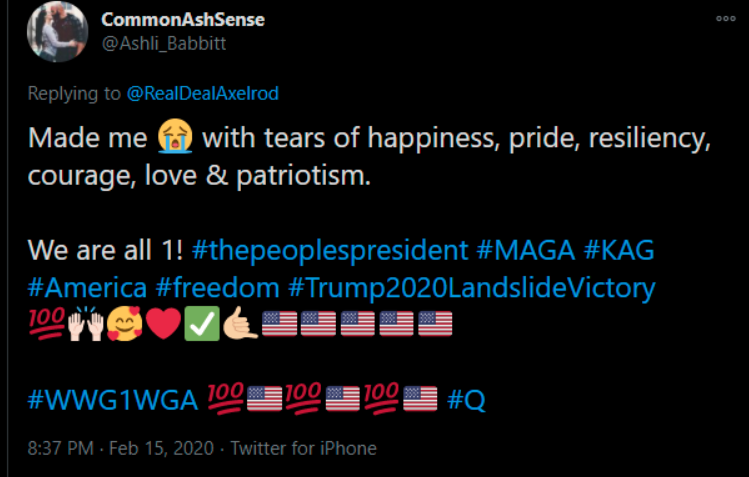 Babbitt was later shot by an officer as protesters were forcing their way into the House Chamber. Police said she later died of her injuries in a hospital.

“She loved her country and she was doing what she thought was right to support her country, joining up with like-minded people that also love their President and their country,” her husband told Fox 5 News.

“She was voicing her opinion and she got killed for it," he added.

Babbitt had previously been accused in court of reckless endangerment and malicious destruction of property, The Sun can reveal.

Babbitt was seen in a graphic video being shot in the chest by Capitol police after trying to climb through a broken window and enter the Chamber during the mayhem inside the building on Wednesday.

Court records obtained by The Sun show that before her shock death, the 14-year Air Force Veteran had been hit with a slew of legal issues.

In 2019, the 35-year-old was slapped with a lawsuit involving a motoring incident.

The plaintiff demanded a jury trial in the Motor – Tort case filed at Calvery Circuit Court, Maryland in July 2019.

The case was dismissed last year due to "lack of jurisdiction" according to records. 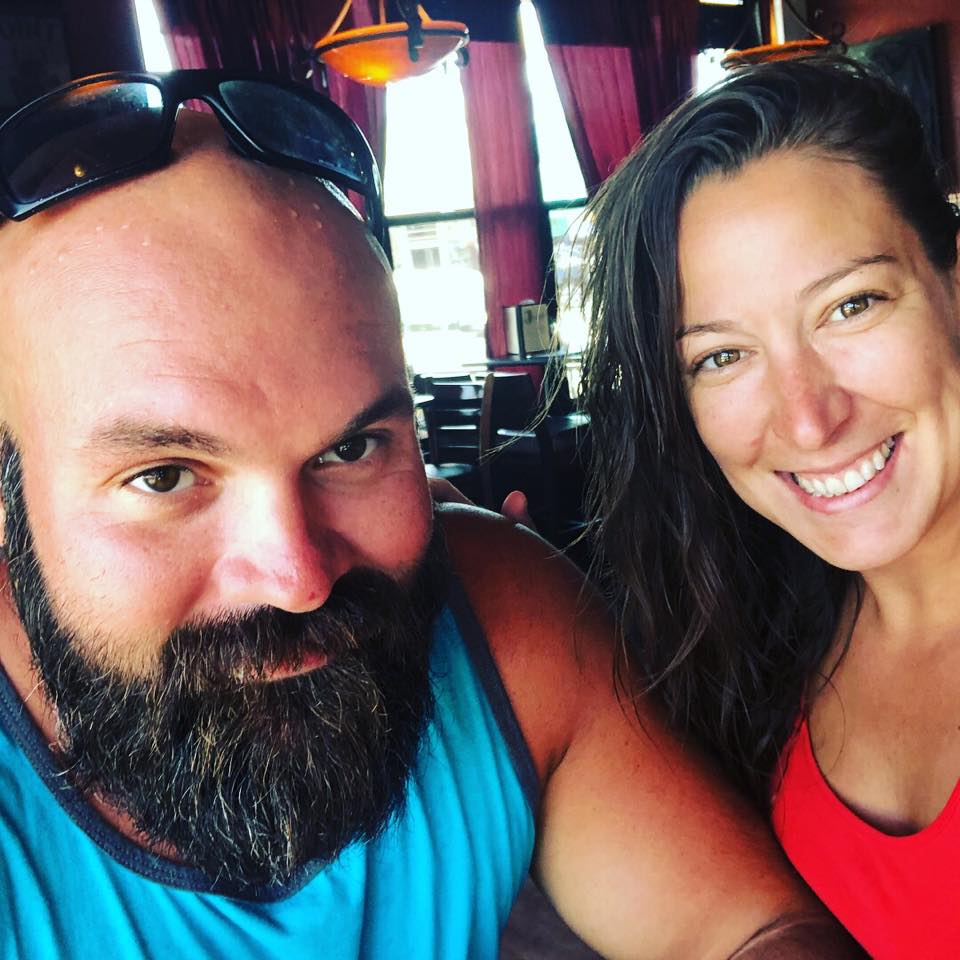 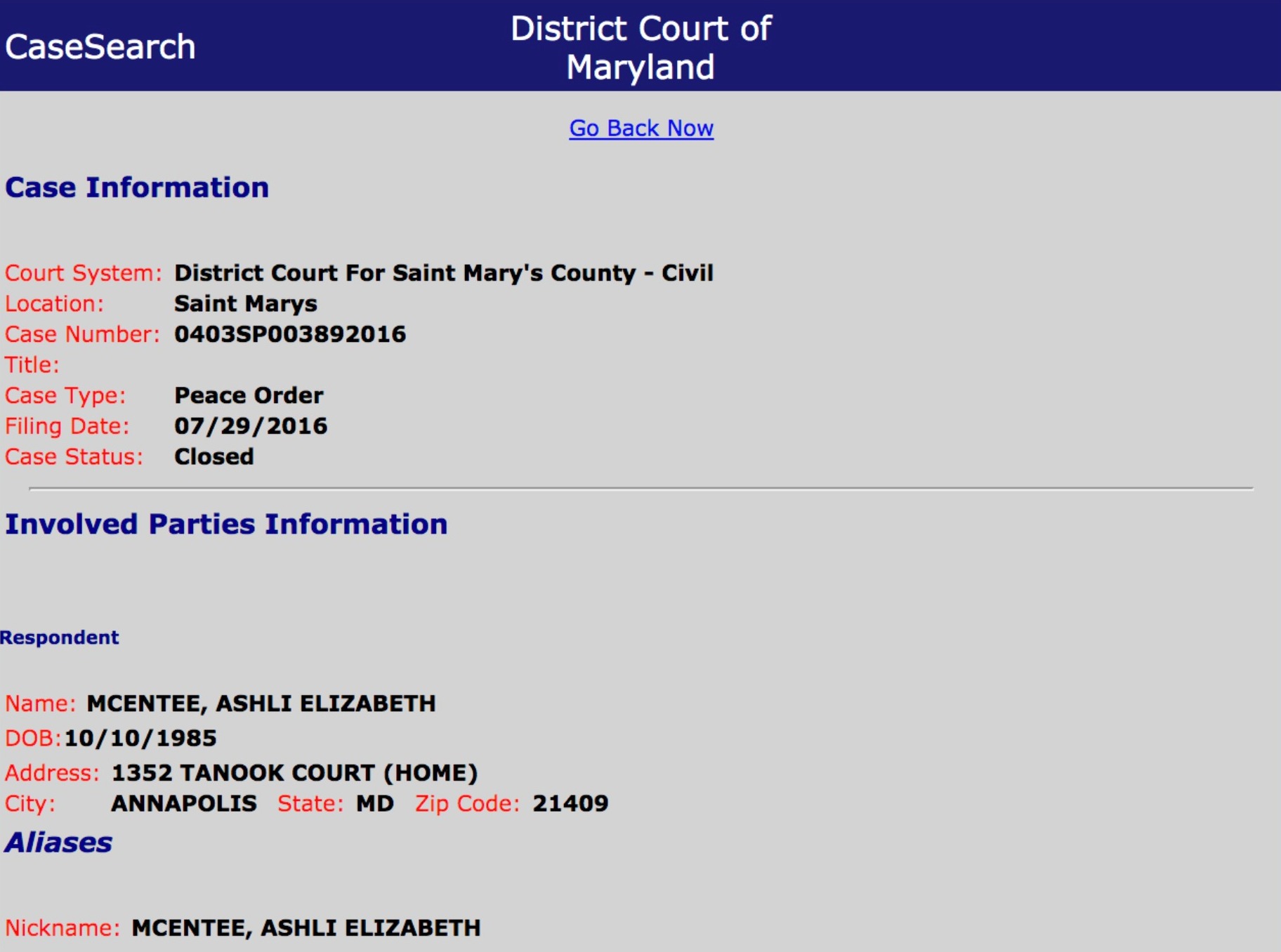 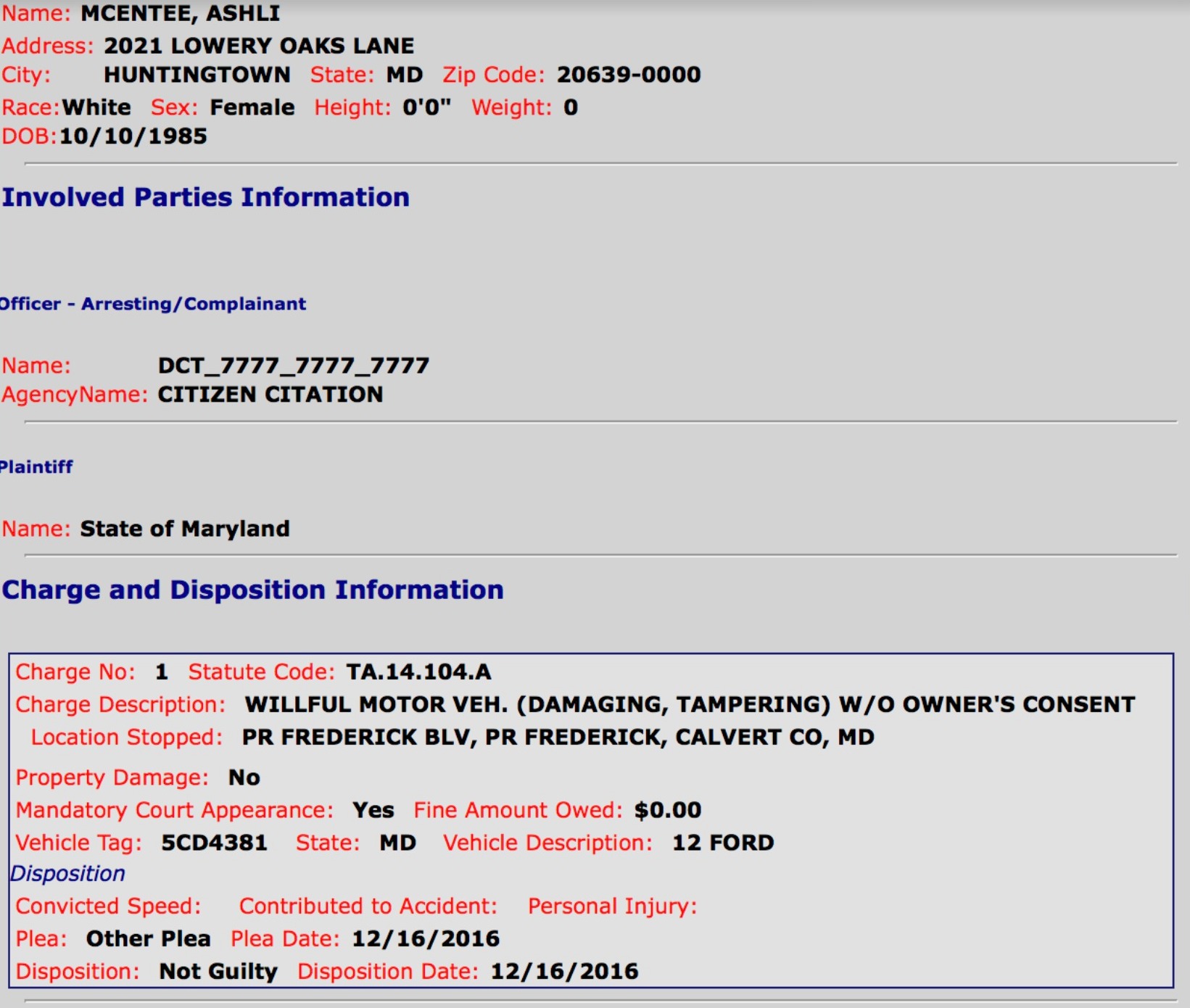 A few years earlier – in July 2016 – Babbitt had been charged with "reckless endangerment" and "malicious destruction of property".

Maryland court records list both misdemeanor charges as having "probable cause" but she was found "not guilty" of the malicious destruction charge and acquitted of the reckless endangerment charge in December 2016.

She was also charged with "willful motor vehicle (damaging, tampering) without owner's consent" in July 2016.

According to records, her plea was neither guilty or not guilty, but she was found not guilty at trial. 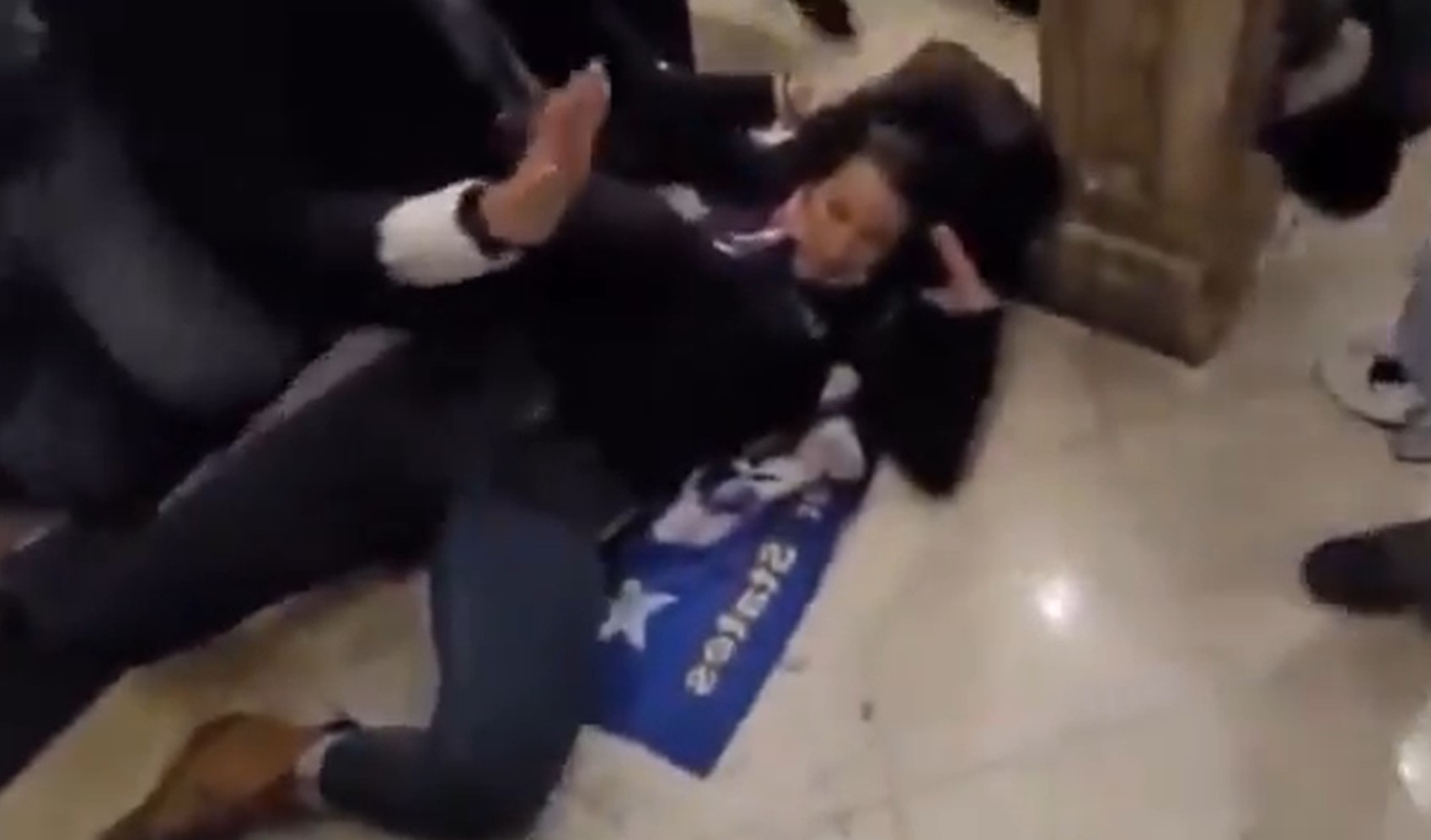 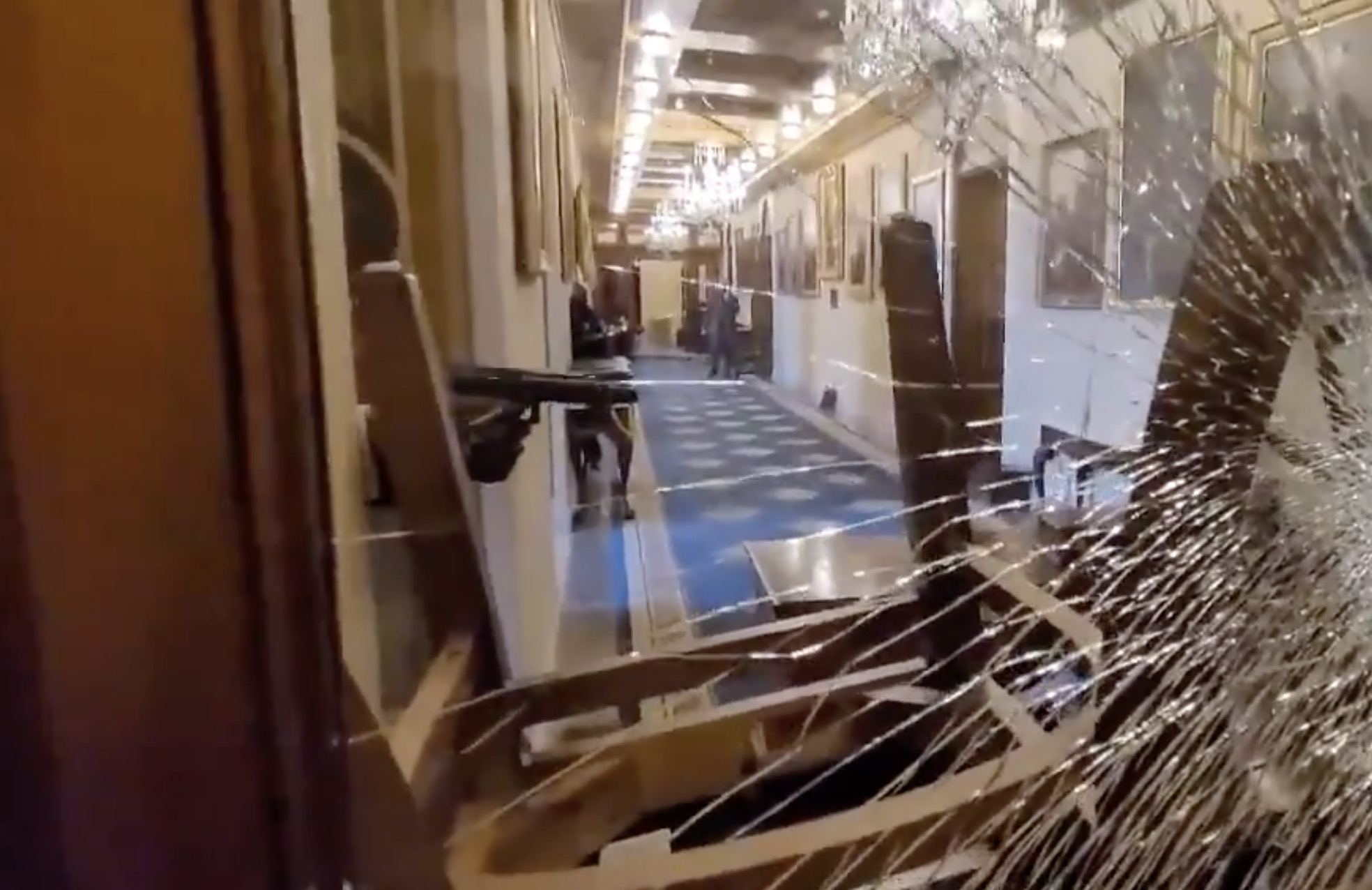 In the same month she was subject to a Peace Order – similar to a restraining order.

A clerk at Maryland court told The Sun that details of the peace order were only available to those involved.

She was married to Timothy McEntee, who she served with in the Air Force, from April 2005 until May 2019.

Her ex paid tribute to his former wife telling the Washington Post, she was “very loud and opinionated, but caring, sweet, thoughtful, loving.” 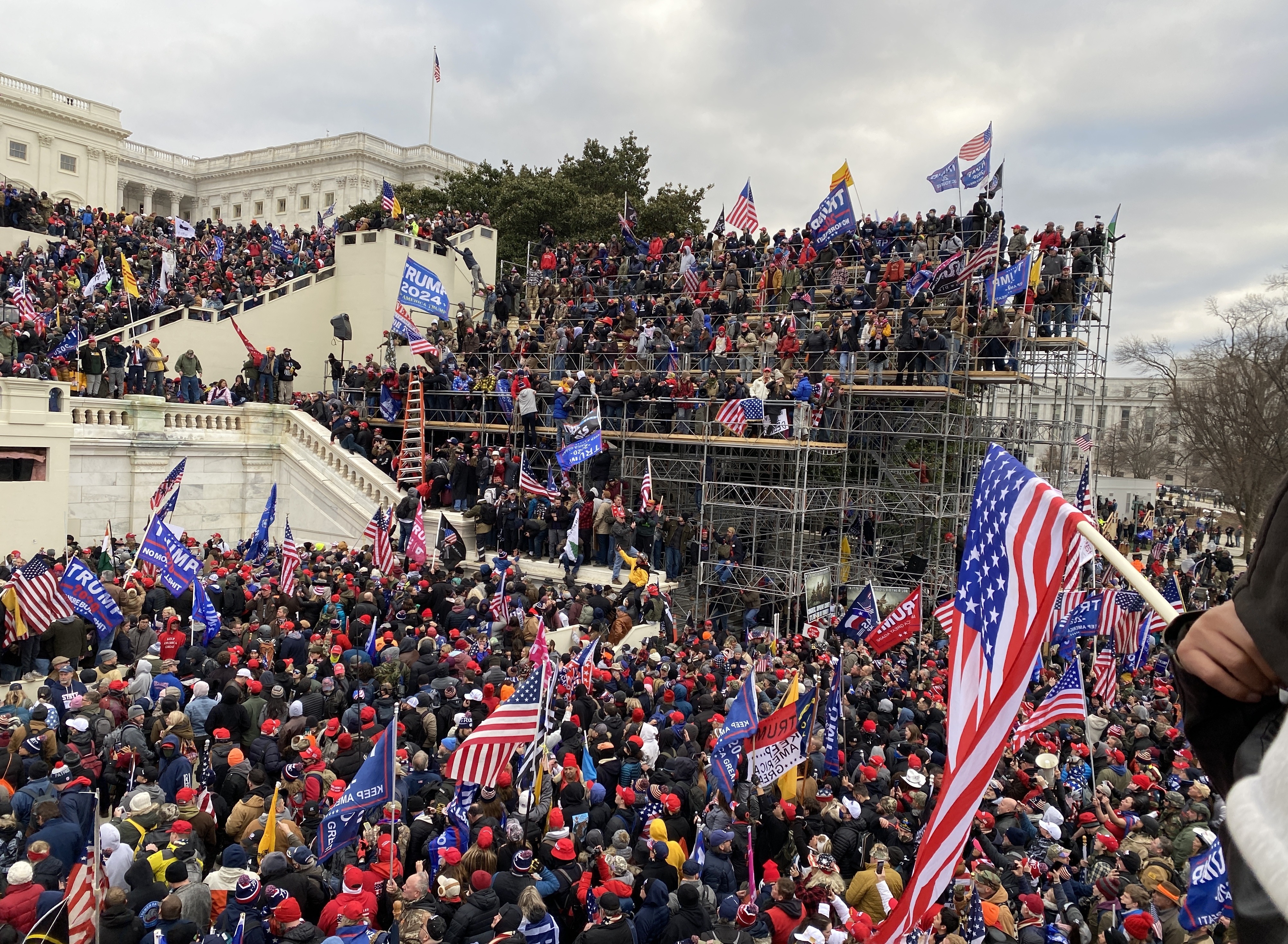 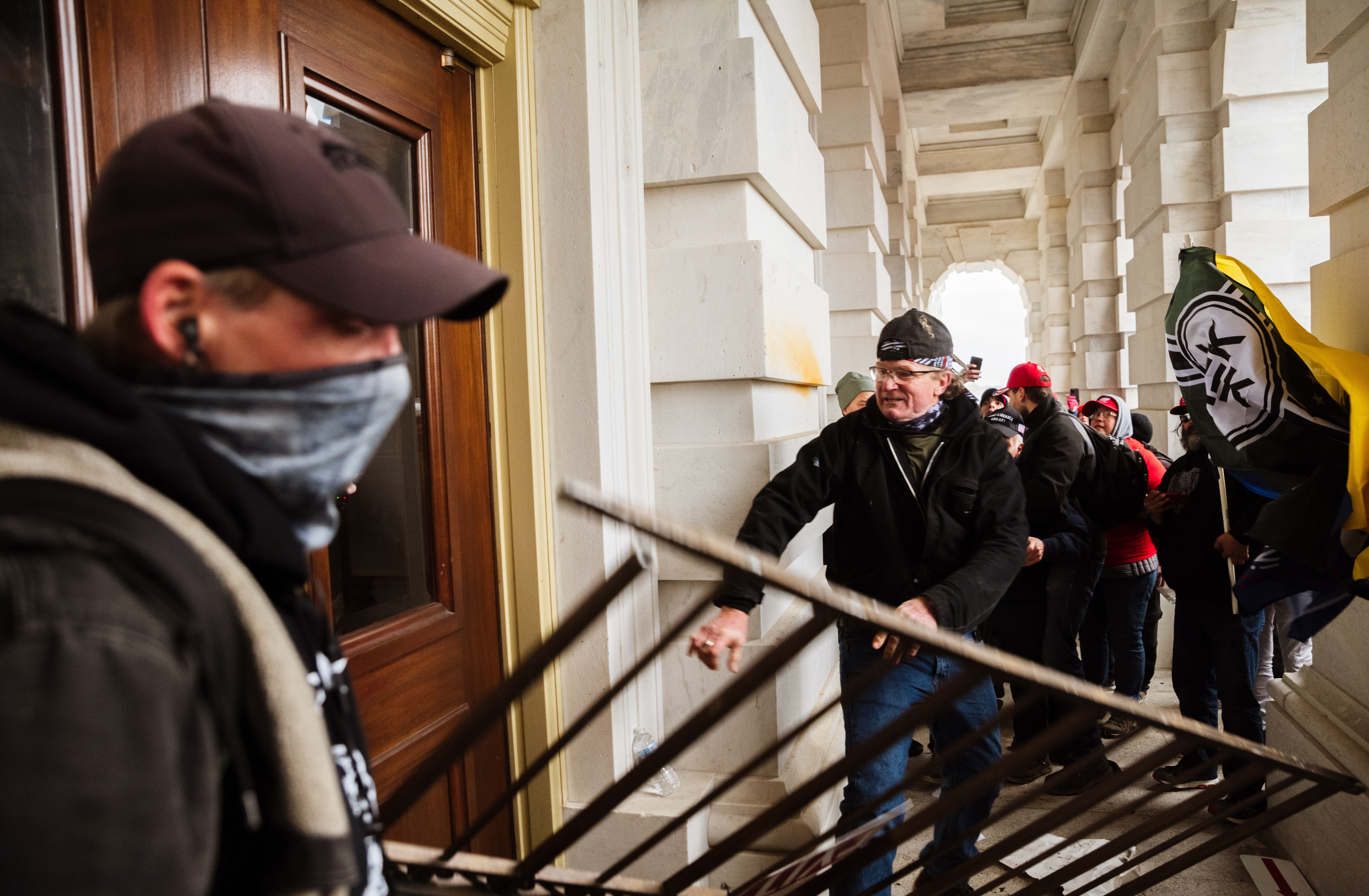 He added: “I feel absolutely terrible and sick to my stomach about it.

“She was never afraid to speak her mind and in a way this was her way of speaking her mind (going to the rally).”

Babbitt is one of five people who died after a night of carnage in Washington DC.

Bombs, Molotov cocktails and guns were discovered all over the Capitol area after the siege which saw pro-Trump rioters storming the building, rummaging through politicians' draws and sitting at their desks. 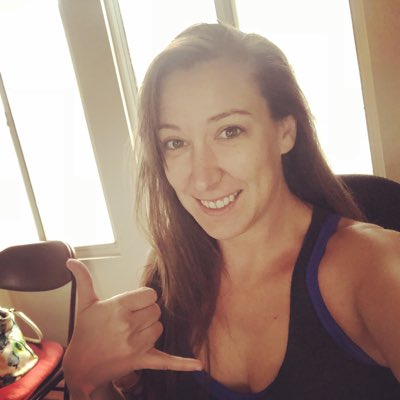 The Trump supporters stormed the building in a bid to stop Congress from certifying President-elect Joe Biden's victory.

The carnage was eventually broken up a few hours later and Trump eventually told his supporters to go home.

But rather than condemn their actions he called them "special" and insisted he understood their anger.

Trump tweeted a roughly minute-long video of himself telling his supporters to peacefully end their protests and that he did not want anyone hurt—but still claiming the election was stolen from him and them.

"I know your pain, I know you’re hurt. We had an election that was stolen from us, it was landslide election and everyone knows it, especially the other side," Trump said.

Babbitt was clearly committed to her cause, as her social media history shows, says Bellingcat.

On January 5 she had flown across the country from her home in San Diego to Washington D.C. to take part in the #StopTheSteal rally.

Bellingcat says: "The shooting of Ashli Babbitt was preceded by weeks of violent online discussions from the MAGA sphere, white supremacist groups and QAnon conspiracy theorists threatening to storm the Capitol building on January 6."