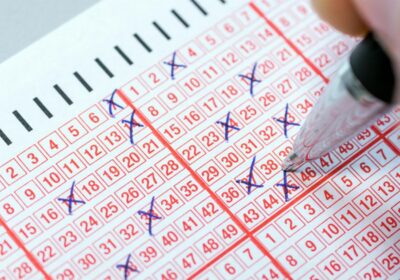 A woman spent eight months driving around with a winning Lotto ticket in her car – and she had no idea about the life-changing sum she had won.

The woman, who wished to remain anonymous, bought a winning £850,000 Lotto ticket in New Zealand on a whim, only to forget about its existence until eight months later.

She said: “I was waiting for our sushi and thought I'd grab a Lotto ticket from the dairy while I was there.

“I popped the ticket in the glove box when I got back in the car – and then forgot all about it."

“I was waiting for sushi at that same shop when I decided to clean out the glove box and came across the ticket.

“You never think it will be you, do you? To be honest, I had totally forgotten that I'd bought a ticket anyway.”

Having found out that she'd won the huge sum, she then decided to surprise her husband with the news.

But he didn't believe her, even though she handed him the actual receipt with the winnings on it.

She added: “He kept looking at me, then at the receipt, and back at me again. Eventually he said, 'is this for real?'

“He couldn't believe we had been driving around for eight months with, essentially, $1 million in our car.

“But we're big believers that everything happens for a reason, so we do trust that this was the time we were supposed to find the ticket and claim our prize.

“It brings us so much comfort knowing we have a buffer there too.”

The woman is now planning on buying a new home, car and possibly going on a family holiday.