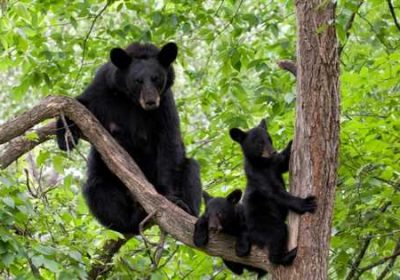 Mystery surrounds the case of a woman apparently killed and eaten by bears in southwestern Colorado on Friday.

The 39-year-old woman's body was found by her boyfriend, who was searching the area near their home after she had gone missing, apparently while walking their dogs.

“The boyfriend returned home about 8:30 p.m. and saw the dogs in the yard, and it had been a long time since he last heard from his girlfriend, so we went out searching the area,” Jason Clay, a public information officer for Colorado Parks and Wildlife [CPW] said.

After searching for about an hour the man found human remains with bite marks, surrounded by bear excrement and hair.

Three bears spotted near where the attack took place, a mother and two year-old cubs, were later shot by CPW. Two of them, the mother and one of her cubs, were found to have human remains in their digestive systems.

Based on an evaluation of the female black bear’s teeth, CPW officers estimate that she was over 10 years old. Officers spent several hours at the scene, working through the night and into Saturday morning searching for evidence to corroborate that the incident was a bear attack.

”We cannot determine with exact certainty how or why this attack took place, but it is important for the public not to cast blame on this woman for the unfortunate and tragic events,” said Clay.

The authorities have not released the names of either the victim or her boyfriend.

CPW has a strict policy of putting down any bears or other animals suspected of being involved in attacks on humans. Relocating them does not always work , the agency explains, because the animals will often return to the same location.

A pathologist examined the bears and reported that they had been in overall good health , but tests for rabies and other possible reasons that might be behind the extremely unusual attack will take up to two weeks.

A CPW news release stated that the female bear “was teaching its yearlings that humans were a source of food, not something to fear and avoid”.

“Everyone has beliefs and opinions and there’s nothing wrong with that, and not everybody has to agree with what we do but we cannot have a bear or a mountain lion that has killed, attacked to keep out there,” Clay explained.

If confirmed, this will be the fourth death from a bear attack in Colorado’s history. CPW has received numerous reports of bear activity this spring in the Durango area, located in the southwestern corner of the state.

“Bear attacks are extremely rare,” said Cory Chick, CPW's regional manager. “This is a tragic event and a sad reminder that bears are wild and potentially dangerous. Out of an abundance of caution, the bears were removed for public safety."