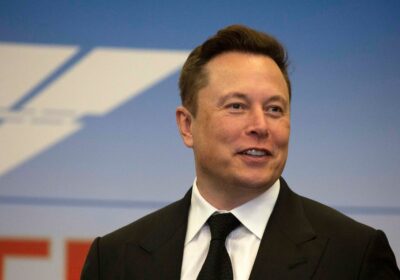 Elon Musk may be the world's richest man but that has not stopped him being 'homeless' and crashing with pals.

The Tesla and SpaceX mogul has revealed that he spends hardly any of his money on material things and only bought a plane so he can spend more time working.

Musk told TED in an interview, which aired on Monday, that he does not own a single house even in his base of Texas or near Tesla's San Francisco headquarters.

Instead the businessman, who is estimated to be worth over £200billion, chooses to make use of his many friends' guestrooms.

The 50-year-old said: “I don’t even own a place right now, I’m literally staying at friends’ places. If I travel to the Bay Area, which is where most of Tesla’s engineering is, I basically rotate through friends’ spare bedrooms”.

Not only does Musk claim to not own any bricks and mortar for a home, he has also rejected the billionaire lifestyle of a yacht and non-stop holidays.

He continued: “I don't have yacht, I don’t take vacations, so its not that my personal consumption is high. One exception is a plane but if I don't use the plane I have less hours to work.”

Before revealing that he lives a life without throwing money away left, right and centre, Musk answered a question from TED’s Chris Anderson about people who were “hugely offended” by the wealth of billionaires.

Musk replied: “I think there’s some axiomatic flaws that are leading to that conclusion. If, for sure it would be problematic if I was consuming billions of dollars of year in personal consumption but that is not the case”.

According to Bloomberg, the South African's £207bn makes him the planet's richest person but even parting ways with £33bn is not proving enough to buy up Twitter.

The mum of Musk's two young kids, Grimes, last month told Vanity Fair that he “does not live like a billionaire”.

In the controversial interview, she said: “Bro lives at times below the poverty line. To the point where I was like, can we not live in a very insecure $40,000 house?

"Where the neighbours, like, film us, and there’s no security, and I’m eating peanut butter for eight days in a row?”