The chief executive of a zoo in Leicestershire has warned that Britain faces a mass animal cull in its animal parks if the government doesn’t step in and help cover running costs.

Dr Sharon Redrobe, the chief executive of Twycross Zoo in Leicestershire, has said that a government intervention may be needed to help cover their £650,000-a-month running costs otherwise her zoo may have to take drastic action.

The lifting of certain lockdown restrictions meant that zoos could re-open this month but Twycross Zoo is still struggling to meet its running costs as social distancing rules have limited the number of visitors.

Speaking to a panel of the all-party parliamentary group for zoos and aquariums, Dr Redrobe warned that zoos face having to carry out mass cullings to cut costs, according to Leicestershire Live. 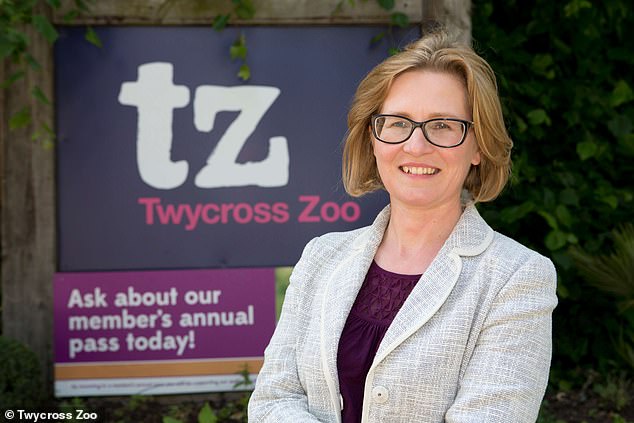 Dr Sharon Redrobe, the chief executive of Twycross Zoo in Leicestershire, (pictured) has said that the government may needs to re-evaluate the criteria for its zoo and aquarium rescue package to help cover their £650,000-a-month running costs 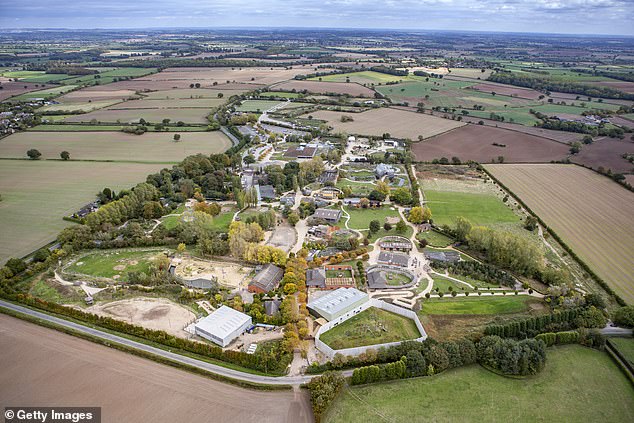 The chief executive of Twycross Zoo (pictured) in Leicestershire has warned that without government help, zoo animals are facing a mass cull because parks and rescue homes cannot cover running costs despite re-opening after lockdown 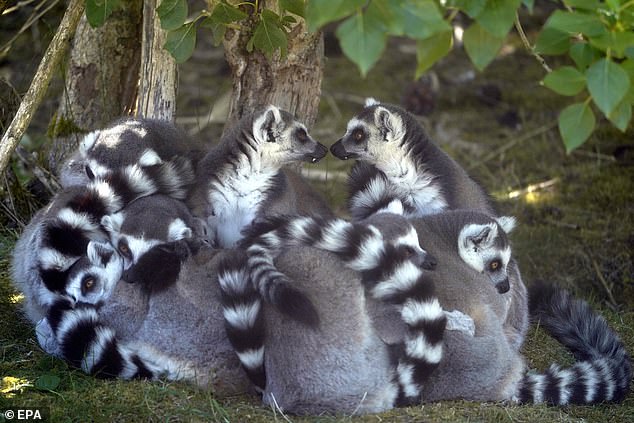 The lifting of certain lockdown restrictions meant that zoos could re-open this month but Twycross Zoo is still struggling to meet its running costs as social distancing rules have limited the number of visitors. Pictured: Red ruffled lemurs at Twycross Zoo, May 29, 2020

She said: ‘Failing animal welfare and the rundown of facilities, we all know is another road to closure.

‘The loss of a large collection of endangered species unique in the UK such as Twycross Zoos’ would be devastating and when I say loss, dare I say it, potentially a mass cull as we are all in the same boat.

‘No other zoo worldwide has the funds to create new enclosures immediately as they cost millions.

‘We are all facing the same ending.’

Dr Redrobe’s warning comes after her zoo discovered they were not eligible to apply for a share of the £100million government rescue fund for zoos and aquariums. 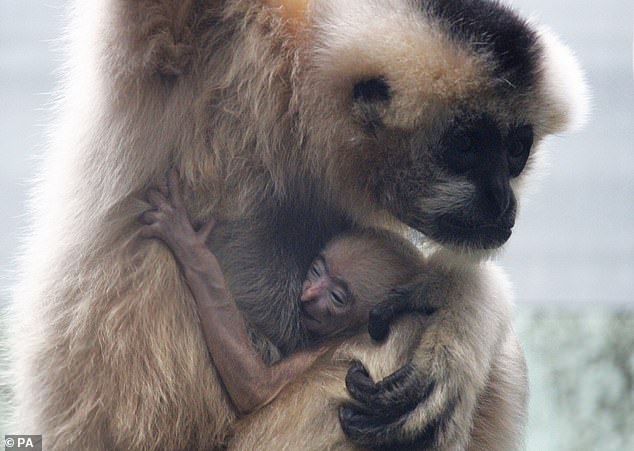 Speaking to a panel of the all-party parliamentary group for zoos and aquariums, Dr Redrobe warned that zoos face having to carry out mass cullings to cut costs. Pictured: A baby northern white-cheeked gibbon at Twycross Zoo on November 15, 2019

Twycross Zoo had also been too large a facility to qualify for an earlier rescue fund too.

Dr Redrobe said that the maximum cap for the rescue fund had been set too low to be helpful for the nation’s largest animal homes.

She said: ‘Whilst £100 million is indeed a large total fund, we were extremely frustrated to discover that we would be legally constrained from meeting the eligibility criteria as it requires us to have too few months’ running costs left.

‘Moreover the 800-thousand-euro cap is less than one month’s running costs and so is woefully inadequate for our needs and places thousands of animals at risk.’

Dr Redrobe also called on the government to review the criteria for its rescue package so that larger animal parks could also benefit.

Earlier this month, Torquay zoo said that animals it could not re-home would have to be euthanised, though the animals were all eventually re-homed as the Wild Planet trust’s Living Coasts site in Devon could not afford to re-open.

The Mirror reported that Simon Tonge, Executive Director of Wild Planet Trust said: ‘I am pleased, but not surprised, that we have found homes for our animals so quickly.

‘The zoo community is very networked and mutually supportive. Thank you to all our members and friends for sharing your concerns and I hope you are reassured that our animals are in the best possible hands.’

But the Devon zoo announced in a statement on their website earlier this week that it will permanently close after nearly 20 years in operation.

A statement on the Living Coasts website said: ‘Wild Planet Trust would like to thank the many people who have visited and supported Living Coasts over the years, and the many businesses, and grant giving trusts which have support our vital conservation work.’ 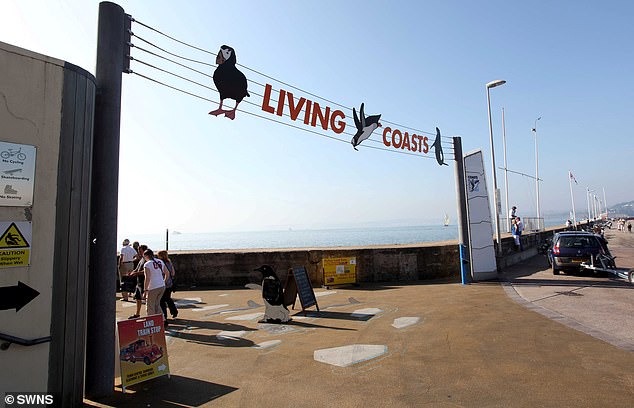 Wild Planet Trust announced it could not afford to reopen its Living Coasts site (pictured) in Torquay, Devon due to massive costs incurred during the coronavirus lockdown 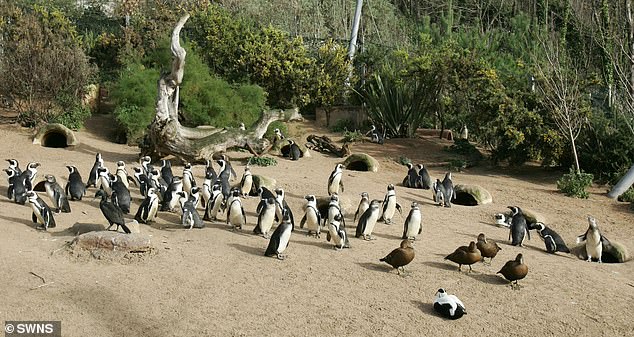 The Living Coasts attraction was focused on the conservation and protection of mostly marine animals including penguins, otters and seals for nearly 20 years, since 2003

Following Boris Johnson’s easing of lockdown restrictions, other zoos were more fortunate and were able to open their doors to visitors once again.

Kathryn England, chief operating officer for ZSL London Zoo, said that it was ‘glorious’ to be able to welcome customers back to the park.

‘It’s been really quiet here so to be able to see (people) coming back with absolutely enormous smiles all over their faces really is a special moment for us all here.

‘We’ve really reconfigured the whole zoo so that people feel and are safe…there’s lots of signage around to remind them to keep a lion’s length apart, a tiger’s length apart.’